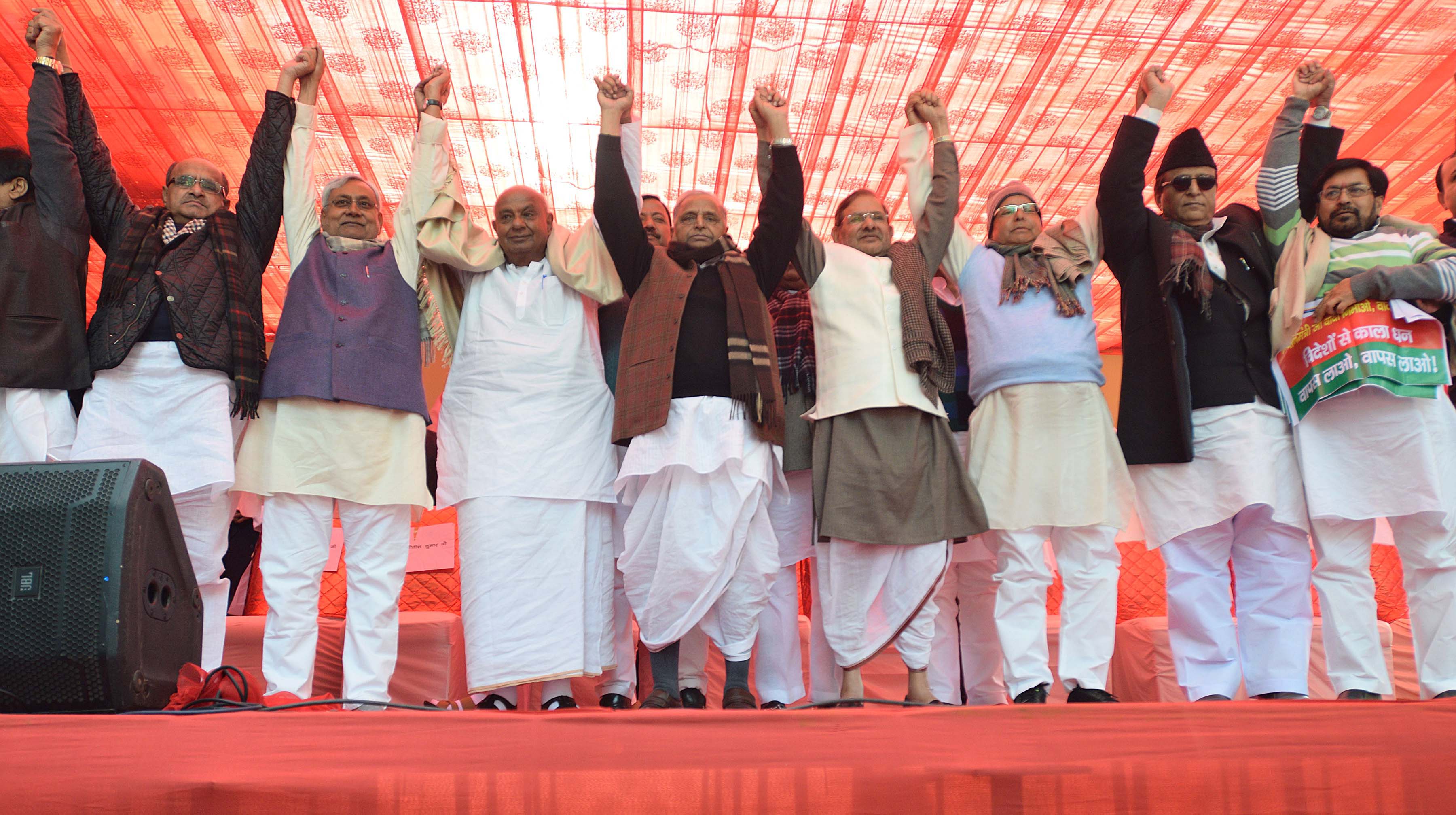 Lucknow/Delhi: Mulayam Singh Yadav-led Samajwadi Party stands as the top gainer after the merger of Janata Pariwar which faces the first and perhaps the last test (if the experiment fails) in the ensuing Bihar Assembly polls due in the last quarter of 2015.

This, in fact, was common knowledge that Mulayam was not very keen on going ahead with the merger simply because the Uttar Pradesh Assembly polls are still two years away and there was no urgency for the survival of SP as opposed to that faced by Lalu Prasad Yadav’s Rashtriya Janata Dal (RJD).

The leaders now part of the new political dispensation disclosed that it was Lalu who expedited the whole exercise and could well persuade Mulayam after the daughter of the RJD leader got married to the SP supremo’s nephew.

SP spokesperson Shahid Sidiqui describes it as a landmark and historical political development in the life of his leader MSY who was not only made the leader of Janata Pariwar but also his party symbol is likely to be made symbol of Janata Pariwar comprised of SP, RJD, Nitish Kumar’s Janata Dal (United), Devegowda’s Janata Dal ((Secular) of Karnataka, Om Prakash Chautala’s INLD of Haryana along with relatively smaller parties of Kamal Murarka and others.

According to political analysts, the fate of the Janata Pariwar will be decided in the Bihar Assembly polls itself as there the interests of JD (U) and RJD will clash.

The foes-turned-friends theory will be put to a real test in Bihar when both the parties will have to work together, of course with a common cause of preventing the march of Bharatiya Janata Party.

Lalu may have to play a major role to protect the Janata Pariwar simply because it is linked to the survival of his own party RJD and his political career.

INLD and JD(S) and other constituents are not any exigency at hand as the Bihar Assembly polls stand as the testing occasion for the survival of Janata Pariwar.

Actually, Mulayam may just be the happiest person following the merger. He may have been a reluctant participant in the beginning but he is sitting pretty and that too outside the ring.

His party SP, which is in danger of losing national party status, will now garner strength. SP symbol of ‘Cycle’ may be the symbol of new dispensation consolidating the party position. Moreover, the UP assembly elections are due only in 2017 and he will find enough time to test the waters as far as the unity of the Janata Pariwar constituents is concerned.

As a senior SP leader put it ” hamare to dono hathon mein laddo hain”. Let us wait and watch till Bihar elections. The clear picture about Janata Pariwar will emerge only at that time.

It will be interesting to see how the party workers of both the parties will behave in each other’s company after fighting against each other in the past. Luckily, both Mulayam and his party have no such dilemma.