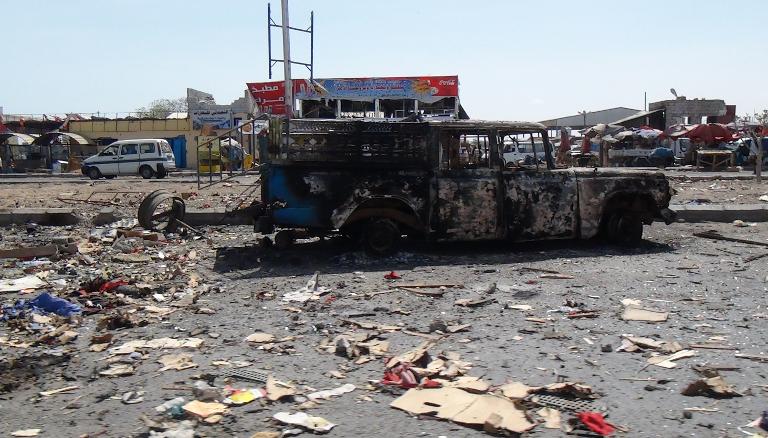 Saudi Arabia, for its part, responded swiftly to a UN aid appeal for its impoverished neighbour.

The Iranian call came as intense bombing by the regional coalition hit Yemen again and Al-Qaeda seized more ground in the chaos.

The Iranian proposal, submitted on Friday, calls for a ceasefire and immediate end to all foreign military attacks, the urgent delivery of humanitarian and medical aid, a resumption of political talks and the formation of a national unity government.

“It is imperative for the international community to get more effectively involved in ending the senseless aerial attacks and establishing a ceasefire,” Iranian Foreign Minister Mohammad Javad Zarif wrote in a letter to Ban.

He said “the only way to restore peace and stability is to allow all Yemeni parties to establish, without any foreign interference, their own inclusive national unity government.”

The Yemen conflict has sent tensions soaring between Saudi Arabia and its regional rival Iran — the foremost Sunni and Shiite Muslim powers in the Middle East, respectively.

Tehran is a key ally of the Shiite Huthi rebels who have seized swathes of Yemen but denies arming them.

Columns of smoke rose over an arms depot east of the capital Sanaa on Friday as Saudi-led warplanes unleashed fresh strikes, witnesses said.

The facility belonged to rebel army units loyal to ex-president Ali Abdullah Saleh who have allied with the Huthis, whose sweeping advance forced President Abedrabbo Mansour Hadi to flee to Riyadh last month.

Aircraft from the regional coalition also hit the presidential palace in the southwestern city of Taez, witnesses said.

Coalition spokesman Brigadier General Ahmed al-Assiri said that “from this afternoon we have started operations in Taez”.

Speaking in Riyadh, he added that there had been 100 sorties in Yemen on Thursday, indicating there is no end in sight to the operation.

“This works needs patience, persistence and precision. We are not in a hurry… We have the time and we have the capabilities.”

Air strikes on the southern port city of Aden killed a rebel, while at least 76 other people died in bombings and fighting around Aden and Taez, officials said.

The United Nations says hundreds of people have died and thousands of families fled their homes in the war, which has also killed six Saudi security personnel in border skirmishes.

Ban on Thursday called for an immediate ceasefire, saying the country was “in flames” and all sides must return to political negotiations.

His remarks followed the resignation of envoy Jamal Benomar, saying he wanted to move on to a new assignment, but diplomats confirmed that he had lost the support of Yemen’s exiled president and Gulf countries.

Saudi Arabia and its neighbours accuse Benomar of being duped by the Huthis who took part in peace negotiations as they pushed their offensive.

The Moroccan diplomat had been instrumental in negotiating a deal that eased Saleh from office in February 2012 after a year of protests against his three-decade rule.

Yemen has sunk further into chaos since the start of the air raids, most of which Western diplomats say have been carried out by Saudi Arabia itself.

The World Health Organization, in a new toll, says 767 people have died in Yemen’s war since March 19 and more than 2,900 were wounded. The majority have been civilians.

Aid has been slow to trickle into the country, largely because of restrictions imposed by the coalition on the country’s air space and sea ports.

The United Nations launched an urgent appeal Friday for $274 million (253 million euros) to provide emergency aid for what was already the region’s poorest country.

Riyadh responded on Saturday by pledging to donate the entire amount itself, saying it “stands with its Yemeni brothers” and hopes for “the restoration of security and stability.”

Yemen is a front line in the US war on Al-Qaeda, which has exploited the growing turmoil to expand its control of areas in the southeast of the deeply tribal Arabian Peninsula country.

On Friday, Al-Qaeda overran a key army camp in the Hadramawt provincial capital Mukalla, seizing heavy weapons and consolidating its grip on the city, an official said.

Residents confirmed that the camp, which had remained loyal to Hadi, was taken “without resistance”.

Despite the collapse of Hadi’s government in Yemen, Washington has vowed to carry on its campaign against Al-Qaeda in the Arabian Peninsula.

Two suspected AQAP militants were killed in an apparent US drone strike in Shabwa province in the south, a tribal source said.