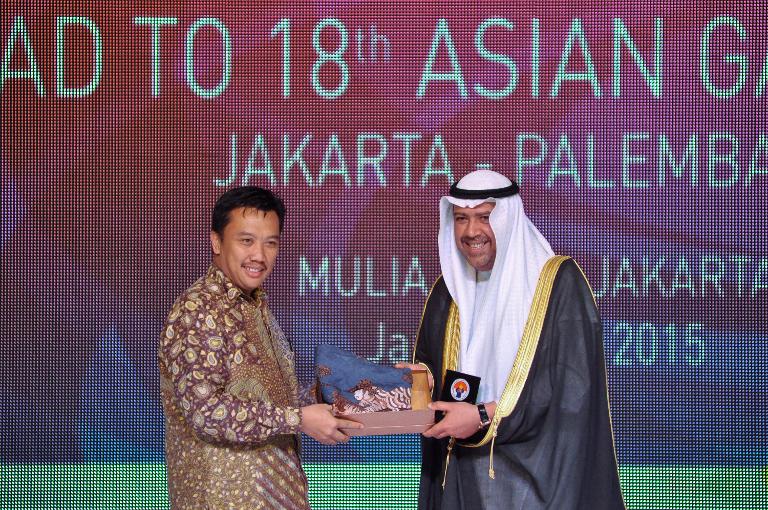 Indonesian football chiefs and the government were locked in a standoff Saturday as the sports ministry sought to oust the current football association, in an escalating row that risks provoking fresh anger from FIFA.

The ministry announced it was suspending the football association, the PSSI, and would replace it, angered by the body’s decision this month to halt the domestic league.

But the PSSI insisted it remained in charge as it comes under the authority of FIFA, which has backed it in the dispute and threatened sanctions if the government continues to meddle.

“The PSSI will continue because it is not under the sports ministry, but under FIFA,” said La Nyalla Mattalitti, who was elected the new PSSI chairman at a congress Saturday, adding the body’s lawyers would study the move.

When news of the government’s move emerged, thousands of demonstrators celebrated noisily outside the congress in Surabaya on Java island, letting off firecrackers and waving a banner that attacked the “FIFA mafia who are against Indonesia’s sovereignty”.

The Indonesian government has accused FIFA of violating its sovereignty by intervening in the dispute.

The mounting crisis is a huge setback for Indonesian football, which is only just recovering from a long-running feud between the PSSI and a breakaway association, which led to the creation of two rival leagues.

After FIFA threatened to ban Indonesia from world football, the row was resolved and the two associations agreed to merge.

Weak management, corruption, poor security at games, and high-profile cases of foreign players dying after going unpaid have also cast a shadow over football in the world’s fourth most populous country.

The latest dispute erupted when the PSSI halted the Indonesian Super League earlier this month after a disagreement with an agency of the sports ministry.

The agency insisted that two clubs should not be allowed to participate due to ownership issues but the PSSI disagreed, and suspended the entire league.

The government moved to oust the association on Friday, with Sports Minister Imam Nahrawi signing a decree saying authorities no longer recognised any sports activities conducted by PSSI or decisions made by the body.

The document said a transition team would be established soon to handle football matters until a “competent” PSSI board could be set up.

Sports ministry spokesman Gatot Dewa Broto confirmed the move to AFP Saturday, saying the decision had been taken as the PSSI had failed to respond to repeated government warnings.

“We don’t recognise the PSSI as an institution any more,” he said.

As the row simmered earlier this month but before the league was suspended, FIFA Secretary General Jerome Valcke wrote to the Indonesian government, warning them to let the PSSI manage its own affairs or face possible sanctions.