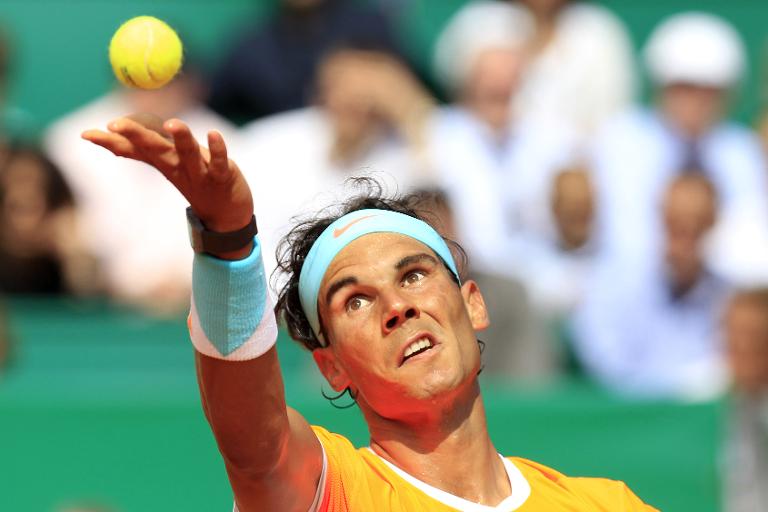 Rafael Nadal insisted on Friday he was not yet ready to reclaim his long-held title of king of clay despite winning through to a semi-final against Novak Djokovic at the Monte Carlo Masters.

Though he staged a third-set fightback to get past longtime Spanish rival Davids Ferrer 6-4, 5-7, 6-3, Nadal still believes he is lacking in match fitness and confidence as he recovers from an injury-blighted last season.

But the eight-time champion in the principality is more than ready to give it a go against the top seed as the pair meet for a record 43rd time.

Nadal has the upper hand, having won 29 of the duo’s previous meetings, but even that statistic is not enough to boost his enthusiasm.

“I’m not favourite, that is obvious. When you play a player that is winning everything like he is doing, it is always going to be a very tough match to win,” he said.

“Djokovic is playing almost perfect, he’s doing everything well, winning all the matches with not many problems.”

Nadal’s only title since claiming a ninth Roland Garros last June was at a small Argentine tournament in February.

“Tomorrow will be a good match for me. It’s another chance to be on court, to enjoy the match, to find again the feelings that I found today. Then we’ll see what happens.

“I love this court and I’m in the semi-finals again. That’s a very, very, very positive result for me, especially the way that I get to that semi-final.

“Let’s play the match of tomorrow, try my best, fighting for every ball.

“I hope to be recovered physically because obviously I am not used to play at that level of tennis and that intensity for three hours in a tough match, battle, on clay.

“I don’t know how I will be physically tomorrow. I hope to be ready.

“I have nothing to lose tomorrow, it’s a good tournament already for me. I did what I wanted to do here. I am sure that will help me for Barcelona, for Madrid, for the next few weeks.”