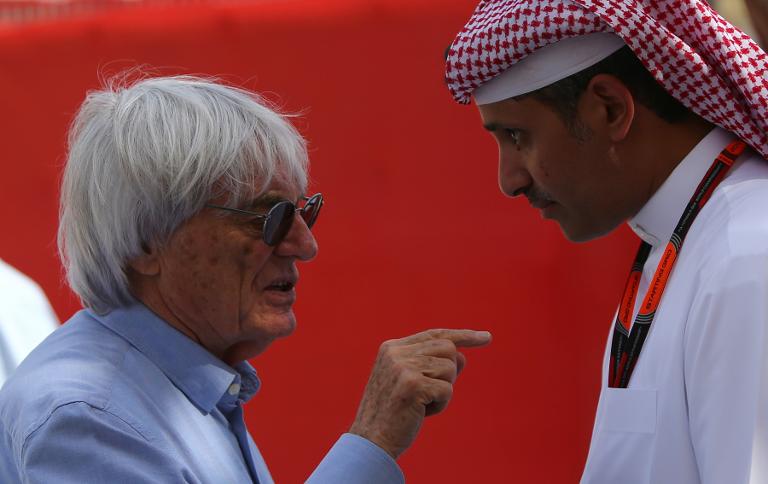 Formula One has committed itself to respecting human rights ahead of Sunday’s controversial Grand Prix in Bahrain, which Amnesty International has accused of rampant rights abuses.

The group is “committed to respecting internationally recognised human rights in its operations globally,” according to a statement on its website.

Bahrain, home to the US Navy’s Fifth Fleet, has been rocked by unrest since security forces crushed Shiite-led protests in 2011 demanding a constitutional monarchy and an elected prime minister.

The tiny Gulf state banned public demonstrations in 2013 but Bahraini rights activists’ seek to highlight the situation each year as the annual event gets underway outside Manama.

In a “Statement of Commitment to Respect for Human Rights,” Formula One said that while “respecting human rights in all of our activities, we focus our efforts in relation to those areas which are within our own direct influence.”

It said the group would take “proportionate steps” to “understand and monitor through our due diligence processes the potential human rights impacts of our activities.”

That would identify and assess “any actual or potential adverse human rights impacts with which we may be involved either through our own activities or as a result of our business relationships, including but not limited to our suppliers and promoters.”

The statement makes no reference to any place in particular, including Bahrain.

Amnesty’s Middle East and North Africa deputy head Said Boumedouha said Thursday that “four years on from the uprising, repression is widespread and rampant abuses by the security forces continues.

Bahrain’s authorities must prove that the promises of reform they have made are more than empty rhetoric.”

“As the world’s eyes fall on Bahrain during the Grand Prix this weekend, few will realise that the international images the authorities have attempted to project of the country as a progressive reformist state committed to human rights masks a far more sinister truth,” said Boumedouha.

The government accused Amnesty of misreporting its “respect of the rights to freedom of opinion and expression and to peaceful assembly,” which are “protected by Bahrainâ€™s constitution.”

It “continues to uphold them robustly. Yet as any other responsible government, the government of Bahrain will not tolerate violent attacks or incitement to violence committed under the guise of free speech and peaceful protest.

“It is the government’s duty to protect citizens, residents, and visitors alike and the government makes no apology for doing so. Bahrain will respond to such attacks in accordance with its law and best international practices.”

At least 89 people have been killed in clashes with security forces, while hundreds, most of them Shiite, have been arrested and put on trial, human rights groups say.