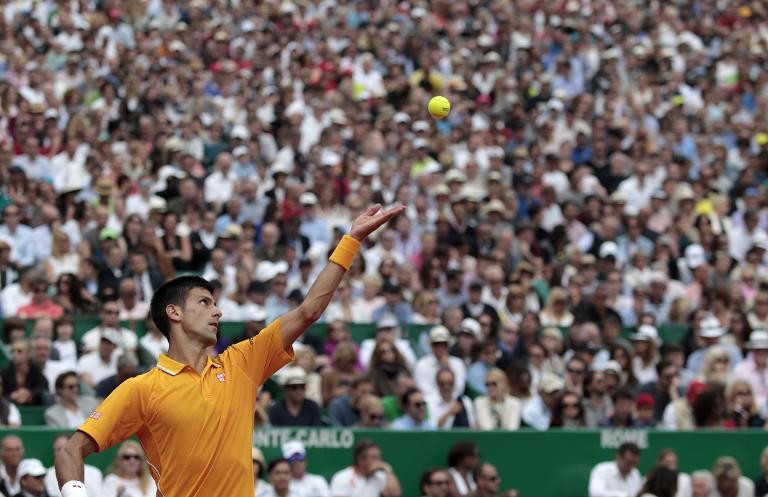 Novak Djokovic moved into position for a potential fourth trophy this season as he reached his fourth career final at the Monte Carlo Masters on Saturday with a 6-3, 6-3 defeat of Rafael Nadal.

Djokovic, the world number one and form player this season with titles from the Australian Open plus the first two Masters 1000 events of 2015 at Indian Wells and Miami, advanced into his 33rd Masters final with a 97-minute winning display.

He has won his last 16 matches.

Nadal, eight-time champion in the principality, played with enthusiasm but appeared to still be suffering from the lack of confidence and elite fitness which has bothered him for months.

On Sunday, Djokovic will take an 18-2 record into the final against Czech sixth seed Tomas Berdych, who deflated the finals dream of Gael Monfils 6-1, 6-4.

Djokovic said he needed a top performance to go through against Nadal as he won his fifth match from the last six played between the two longtime rivals.

“I’m very happy with how I played against such a tough opponent. Rafa is the all-time best on the clay, it was not an easy match,” the Serb said.

“I played well, it was a relief to get this win. There was a lot of tension, it was tough to keep it all under control.

“I didn’t give him (Nadal) any comfort from the back of the court. I tried to mix up, always change the pattern, change the angles of my serve, of the baseline play, the rallies.

Djokovic added: “I know the final with Tomas will be a different kind of match, but I’ll do my best to recover and get ready.

“I’m aware of the fact that people would put me as a heavy favorite because of the results that I had and the record against him (Berdych).

“But I still want to keep the same preparation, routine and mindset going, not really get carried away by this win, even though this win is big. I have one more match to go.”

Djokovic won the opening set after coming back from an early break down against Nadal, with the top seed claiming the set on a third set point.

The second pivoted on a massive 11-minute seventh game, which Djokovic won on a break for a 4-3 lead after Nadal lost a 40-0 lead.

Djokovic closed out the victory two games later with another break of the Spaniard as Nadal saved a match point before falling victim to a cross-court winner.

“In moments I was playing at a very high level, but he played great,” said an upbeat Nadal. “He’s winning almost every match of the year.

“For me it’s a very positive week, the most positive week of the season, without any doubt. If I’m able to keep doing that in the next tournament in Barcelona, I will say that I am very well again.

“The way that I played yesterday (against David Ferrer) and for moments today is the way that I want to play.”

Djokovic is bidding to become the first man to win the opening three Masters tournaments of a season and would win his fourth in a row – levelling with Nadal in that category – after also winning in November 2014 at Paris Bercy.

Against Berdych, Monfils showed little of the surprising form that took him to upset wins this week against second seed Roger Federer and Bulgarian Grigor Dimitrov.

Instead, the Frenchman slumped to 23 unforced errors and lost serve four times.

The first set was a command performance for Berdych, the Czech emerged with the 2-1 lead as the second set began with three straight breaks and took victory in 68 minutes.

Berdych will be playing in his third final of the season after losing title bids in Doha and Rotterdam.

Berdych will be competing in a fourth career Masters 1000 final and first since losing to Federer in Madrid three years ago. His only title in the series came at Paris Bercy in 2005.

“This year is going pretty well, I’m missing a trophy but I have another chance tomorrow,” said Berdych. “I’ve put myself in the best possible position to be ready for it, be prepared.

“I’m having a great week so far, it’s all good and positive,” said the Czech who kept Monfils from becoming the first Frenchman into the final in the principality since Cedric Pioline, champion in 2000.