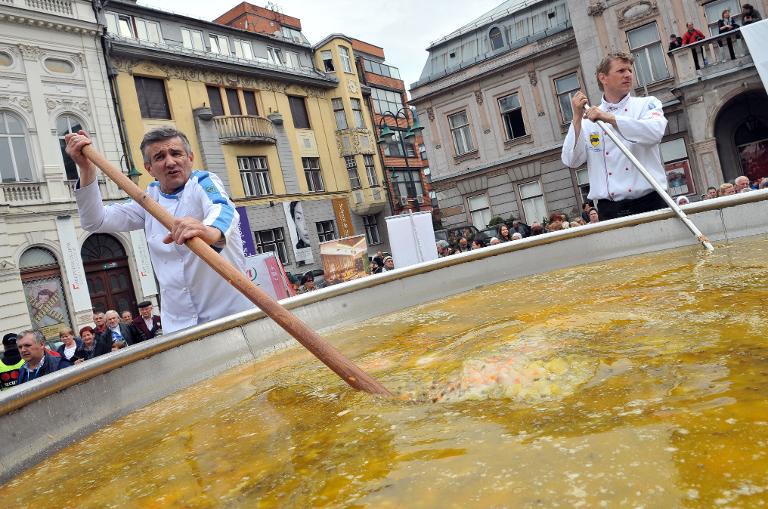 They worked from dawn at Sarajevo Square, with scores of onlookers joining them as the day went by.

It took the cooks eight hours to make a massive traditional stew that weighed 4,124 kilos (9,290 pounds).

The record has not yet been verified by a Guinness World Records committee.

The current record is also held by Bosnian cooks, who last year made a giant fish stew that weighed 4,026 kilos (8,875 pounds) in the northern town of Prnjavor.

When the event was over, the cooks handed out some 15,000 portions of stew to people who attended the event and to soup kitchens for the poor.