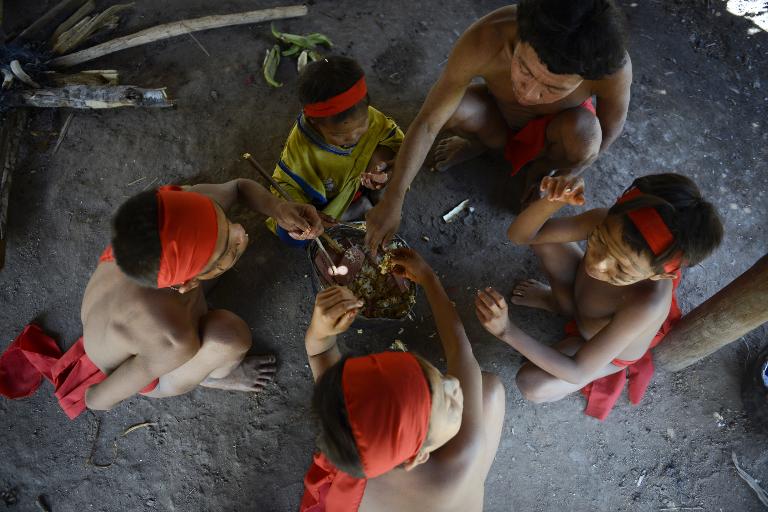 A remote tribe in the Venezuelan Amazon appears to be resistant to modern antibiotics, even though its members have had barely any contact with the outside world, researchers said Friday.

The people, known as the Yanomami, were first spotted by air in 2008, and were visited a year later by a Venezuelan medical team that took samples from 34 of them, including skin and mouth swabs and stool samples.

To protect their privacy, the name of their village was withheld from publication.

Scientists found that the tribespeople’s microbiome — the community of bacteria, fungi and viruses that live in and on the body — was far more diverse than seen in comparison communities of rural Venezuelans and Malawians. Their microbiome was twice as diverse as observed in a reference group of Americans.

The remote villagers are generally healthy, and that may be thanks to a microbiome that “contains perhaps the highest levels of bacterial diversity ever reported in a human group,” said the study in the journal Science Advances.

While the Yanomami had some T-shirts, machetes and metal cans, suggesting some limited contact with civilization, they have not been exposed to the many elements of contemporary life that can cut down on microbes, such as eating processed foods, taking antibiotics, hand sanitizing and delivering babies by Caesarean section, scientists said.

Some microbes seemed to have a protective effect on their health, such as preventing the formation of kidney stones.

The tribespeople live in small villages, in a remote area that is accessible only by helicopter or by traveling for days in a canoe.

Researchers found no evidence of obesity or malnutrition among the people they saw, who lived on a diet that included fish, frogs, insects, plantains and a fermented cassava drink, said Maria Gloria Dominguez-Bello of the New York University School of Medicine.

However, she said no samples were taken of the tribe’s food and drink, which could reveal more about how they achieved their diverse gut flora.

“I would love to go back to the community, now that we know what we know,” she said.

Scientists expected to find some resistance to antibiotics in the population, because these resistance genes have existed in soil bacteria for millions of years or more, so it makes sense that they would migrate into people, too, even without antibiotic use.

What really surprised the team was the discovery that the tribespeople had nearly 30 antibiotic resistant genes that were never before known to science.

Even more, these genes were resistant to some of the world’s most recently developed synthetic antibiotics.

“It was alarming to us to find genes that would inactivate these modern synthetic drugs in the Yanomami population,” said co-author Gautam Dantas from the Washington University School of Medicine.

“We see this as one more piece of clear evidence that antibiotic resistance is indeed a natural feature of the human microbiota but that it’s primed to be activated and amplified for greater resistance after antibiotic use,” he told reporters.

The modern era of antibiotics began in the 1940s when penicillin quickly became a popular drug. Many more types of antibiotics were discovered and marketed from the 1950s to 1970s. Most originated in soil.

But widespread use of antibiotics in people and livestock has raised concern about an approaching era when antibiotics may not work at all, heralding the return of stubborn infections that turn fatal instead of treatable.

Already, drug-resistant superbugs are on the rise, particularly in hospitals, where they kill tens of thousands of people in the West each year.

The latest research “emphasizes the need to ramp up our research for new antibiotics because otherwise we’re going to lose this battle against infectious diseases,” said Dantas.