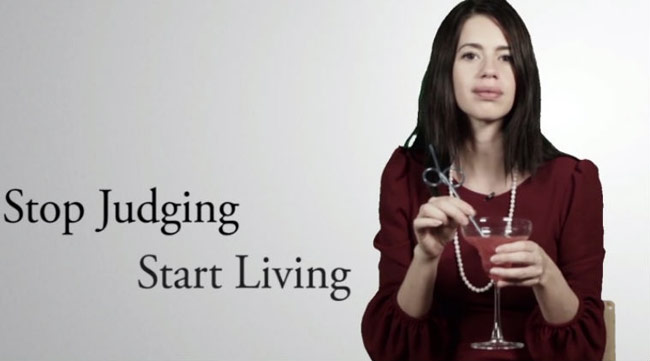 Kalki Koechlin’s ‘Margarita With a Straw’ released on Friday and in a unique marketing strategy, Viacom 18 has released a short film featuring Kalki, that conveys the message – stop judging, start living.

The film shows how we judge people just by once glance on the basis of their outer appearance, how they look, the way they dress. We don’t even care that we know nothing about the person before judging them.

The video shows a beefed up man with tattoos and piercing all over, a girl on a heavier side coming out of a food joint with packets of burgers. Onlookers judge them on the basis of how they look but the man helps a woman in crossing a road, the girl gives the food that she bought ot street kids by the roadside.

Kalki Koechlin then makes an appearance sipping on a margarita with a straw, asking everyone to stop judging and start living.

In the film, directed by Shonali Bose, Kalki plays a cerebral palsy-affected girl. The film has been appreciated on the international platform as well.