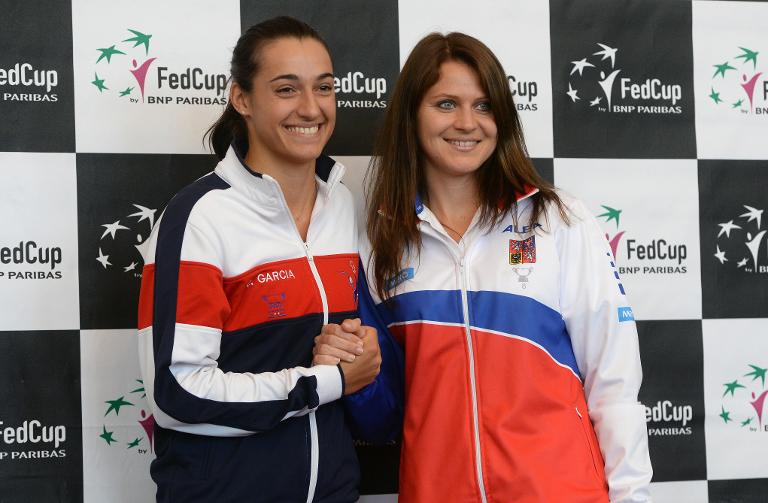 Lucie Safarova and Caroline Garcia will open the Fed Cup semi-final tie between holders the Czech Republic and France in the eastern Czech city of Ostrava on Saturday, following Friday’s draw.

Safarova, the world number 13 and the Czech number two, will take on 29th-ranked French number one Garcia on the hardcourt of Ostrava’s CEZ Arena from 1000 GMT on Saturday.

“The players know the choice is difficult and complicated,” said Mauresmo, who also coaches Briton Andy Murray and who made the headlines earlier this month when she announced her pregnancy.

“There’s a number of parameters you have to take into account,” she added.

In February, Mladenovic started France’s spectacular comeback from 2-0 down in Italy after day one when she stunned Sara Errani in the third rubber of the Fed Cup quarter-finals as Mauresmo’s surprise pick.

“We’ll see what will happen on Saturday and then we can talk about Sunday,” the 35-year-old Mauresmo said.

In Sunday’s reverse singles, Kvitova will first play against Garcia and Safarova is then due to take on Mladenovic.

Karolina Pliskova and Barbora Strycova were drawn against Cornet and Pauline Parmentier for Sunday’s doubles.

The French, who last won the trophy in 2003, are appearing in the Fed Cup semi-finals for the first time since 2007 and attempting to reach the final, an achievement they last pulled off in 2005.

Kvitova, the 2011 and 2014 Wimbledon champion, is coming back to the sport after a month-long break forced by “mental and physical weariness.”

“It’s great to be with the girls,” said Kvitova, who led the Czechs to the three trophies together with Safarova.

“I think I’m playing better now. I didn’t expect it to be so easy and I’m very happy about it.”

“We have set certain tactics for the tie,” Pala said.

“All the girls have been playing well and it wasn’t easy to decide. We have so many options that we can spread the burden, but I don’t want to elaborate.”