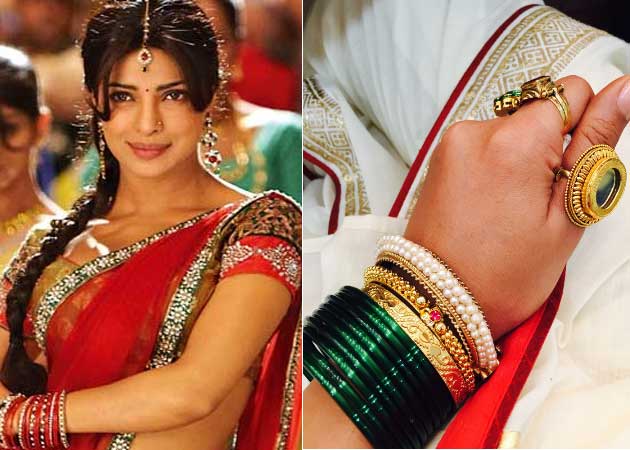 New Delhi: Sanjay Leela Bhansali’s Bajirao Mastani is going to be Priyanka Chopra’s most arduous task, not only in terms of performance but in terms of the sheer range of preparation.

According to a report, the actress will don about 85 navvaris (11-meter Maharashtrian style saris) in the film.

In Bajirao Mastani, Priyanka plays a typical Peshwa wife. She will wear nose rings and other traditional jewellery.

Throughout the film, she will be seen wearing over 85 Navvaris sourced from various places by the film’s stylist Anju Modi.

Anju Modi started her research on costumes and jewellery in April 2014 and visited several parts of Maharashtra.

The sarees were difficult to source as they aren’t available now.

Also, we wanted bright colours as Priyanka’s character is that of a young, confident woman,” Anju said.

Priyanka had earlier mentioned how the role of Bajirao Peshwa’s wife is turning out to be the most difficult role for her so far. The actress also reportedly fainted once on the sets while shooting for a monologue.