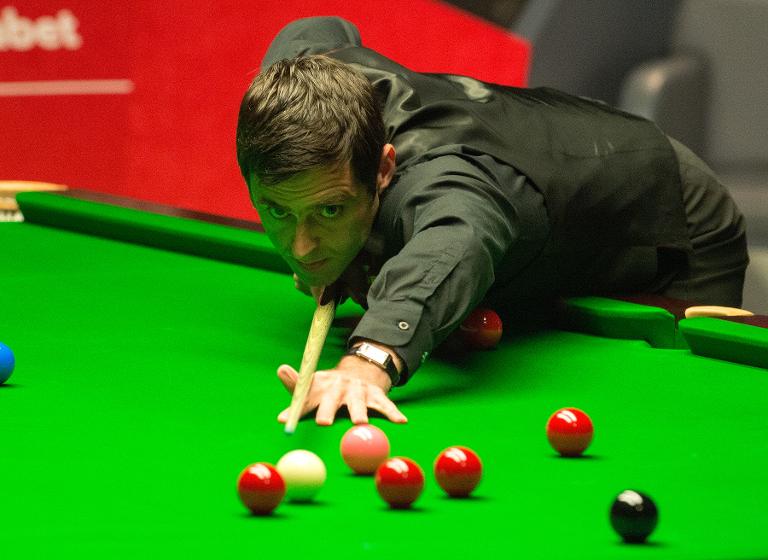 The pair have met in three finals so far this season, with O’Sullivan leading 2-1, although the 25-year-old Trump impressed when winning the World Grand Prix.

Trump, who lost to Scotland’s John Higgins in the 2011 World Championship final, has long been hailed as one of snooker’s rising stars and O’Sullivan said: “Judd has now beaten me in a big final and I think that was important for him.

“I would say he goes in to the Championship as the favourite — but of course there are people capable of upsetting him.”

‘The Rocket’ added: “Hopefully I am one of those and you are looking at players like Mark Selby, Shaun Murphy and Neil Robertson while John Higgins has come back to some better form.

“But I just see Judd as the player in front at the moment. We have seen what can happen when he gets on a roll.”

Selby too is up against a Crucible newcomer in Norway’s Kurt Maflin, who beat Irish veteran Fergal O’Brien in the final qualifying round on Wednesday.

Trump too is up against another World Championship debutant in Stuart Carrington.

Meanwhile Selby will be looking to overcome the ‘Curse of the Crucible’ which has seen no first-time champion successfully defend their title the following season since the World Championship moved to the venue in Yorkshire, northern England, back in 1977.

“The record speaks for itself,” said world number one Selby. “It is in the back of my mind, you can’t take that away. I feel I’m confident enough.

“Just to win it once as I did last year was a fantastic achievement for me but to win it twice and break the curse would be outstanding.

“I also heard that no-one has ever won the China Open and then gone on to win the World Championship so you could say there are two records.”

He added: “Now I’m trying to make a name for myself I have noticed that players are raising their game against you because you are seen as more of a scalp than you were five or six years ago — in a way that just shows what you have achieved and is a good accolade.”

For all O’Sullivan’s talking up of Trump, Selby was in no doubt about who would start favourite for the tournament.

“Ronnie is Ronnie. He is one of the greatest to play our game — if not the greatest. He will always be in with a shout,” Selby said.

“I may be the defending champion but he will still probably go there as favourite and nobody would disagree with that, he is still the one to beat.”