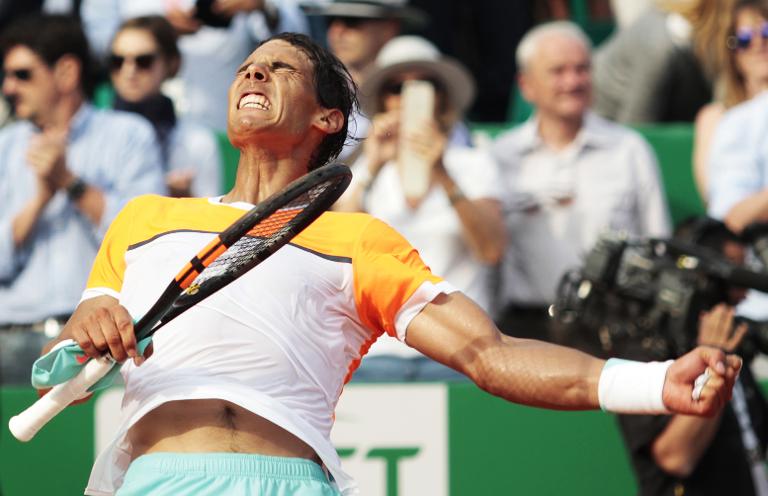 Novak Djokovic and Rafael Nadal will meet for a record 43rd time on Saturday as the star pair battle for a spot in the final of the Monte Carlo Masters.

Nadal leads Djokovic 23-19 in the series which began nine years ago; the Spaniard, now fifth in the ATP rankings, won their last meeting in the Roland Garros final last June.

Nadal, the third seed, struggled through in two and three-quarter hours after faltering when leading by a set and 3-0.

“I was pleased with my level in this match,” Nadal said after beating Ferrer for the 23rd time in 29 meetings — 20 of them played on clay.

“David played very well, it was a high standard from both of us.

“The match with Novak will be tough, he is so far ahead of the rest of the players right now.”

Djokovic won the first eight games against Croatia’s reigning US Open champion who is seeded eighth but still coming back from months of shoulder problems.

“Physically, it’s very demanding because I’ve played a lot of matches,” said Djokovic. “But momentum is on my side.”

Should he win the title on Sunday, Djokovic would become the first man to lift trophies at the opening three Masters 1000 tournaments of the season after completing the Indian Wells-Miami title double.

“The first set went completely my way. I knew he was going to start to change some things in his game so he can start to play a little bit better,” said Djokovic.

“But I made a crucial break in the beginning of the second, as well. So the first eight games were really fantastic. I tried to keep it up.

“All in all, it was probably the best match I’ve played so far in the tournament. That’s what I want, what I wish for in this moment.

“Obviously the amount of matches that I won this year has helped boost my confidence level, helped me to feel good at this tournament and continue on with good performances.”

Gael Monfils continued into uncharted territory, with the Frenchman slugging Grigor Dimitrov 6-1, 6-3 for a career-first semi-final in the principality where he had never previously been past the third round.

The flamboyant Monfils followed up on his surprise victory against Roger Federer in the previous round while Bulgarian ninth seed Dimitrov came onto the clay as just a shadow of the player who knocked out holder Stan Wawrinka on Thursday with the loss of just three games.

“I’m just very happy,” said Monfils. “For sure I’m surprised because this is not a period where I’ve played my best tennis so far.”

Monfils, levelling his career in Monaco to 8-8, will next take on Tomas Berdych, who advanced into the final four as opponent Milos Raonic retired with a right foot injury.

Monfils stands 1-5 against the sixth-seeded Czech, who won his 26th match of the season when Raonic quit.

Sixth seed Berdych, now 2-3 against Raonic, spent just 31 minutes on court against an opponent carrying the existing handicap into the match.

Berdych has yet to drop a set this week and was in total charge through his brief encounter with Raonic, striking 10 winners and breaking twice.

“I’m in the semi-final, which is good. It’s positive to me,” said Berdych, “But of course, it’s not the ideal way that you want to finish the match.”