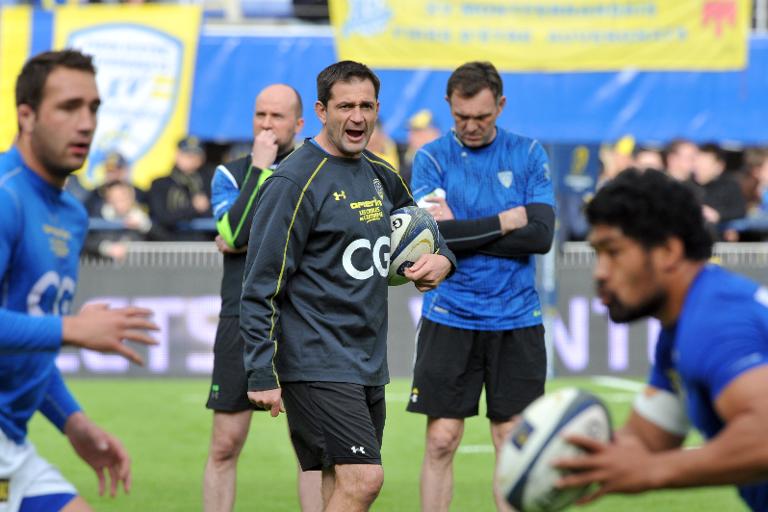 Clermont coach Franck Azema insisted Friday that last year’s 46-6 thrashing at the hands of Saracens would have no bearing on Saturday’s European Champions Cup semi-final between the pair.

The two sides met at the same stage of the competition at Twickenham last year when Clermont simply didn’t turn up and Sarries ran in six tries to storm into the final against Toulon.

Clermont never recovered from conceding two early tries that day but since then the two sides faced each other in this season’s pool stages, both winning their home matches as Clermont topped Pool 1 ahead of the English outfit.

Azema, though, says there is no lingering after-taste from the drubbing they suffered 12 months ago.

“As far as I’m concerned, we’re on another page,” said Azema, who was assistant coach to New Zealander Vern Cotter last year.

“We played them twice this season and tomorrow (Saturday) it will be yet another context in the knock-out stages.

Clermont dazzled in their 37-5 dismantling of English champions Northampton in the quarter-finals at their home Marcel Michelin ground.

This game takes place in Saint-Etienne as all European semi-finals are played at a neutral venue, albeit one where one team has home country advantage.

Azema admits a repeat performance is unlikely but is still confident in Clermont’s chances.

“We’re going to try to concentrate on what we’re good at, to be very disciplined because that’s one of the keys to the match,” he said.

“But it won’t be a case of cutting and pasting because these are different opponents who defend differently and have a different philosophy.

“They (Saracens) are more experienced (than Saints) at this level, it will be completely different.”

“I said to the English press this week that it was the best club performance by anybody this season; it was exceptional,” he said.

“We know they’re capable of playing that way and our task tomorrow is to make sure that doesnt happen again.”

He also said Clermont are an improved outfit from the one turned over at Twickenham.

“They’ve always been good but I think they’ve made a couple of crucial signings this year. Jonathan Davies and (Nick) Abendanon have really added to their attack.

“There’s just a good balance to them, they’re very robust in defence, they’re a good all round team and we know they can counter attack and hurt you from long range.”

As for last year’s match, though, McCall dismissed it out of hand.

“It was 12 months ago, we’ve played them twice since then. Both clubs have got a lot of respect for each other, we’ve both been playing quarter-finals, semi-finals and finals of this competition and domestically over last three seasons.