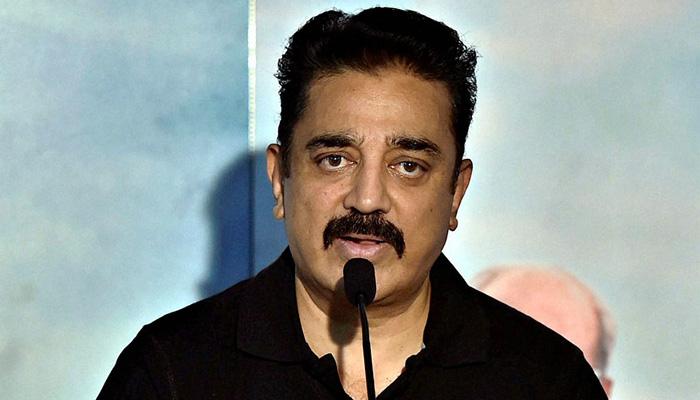 Tamil superstarÂ Kamal HaasanÂ says he has an on-going struggle against the Censor Board of Film Certification (CBFC) to achieve creative freedom.

The 60-year-old actor, whose 2013 film VishwaroopamÂ was initially banned in Tamil Nadu for 15 days and saw a release only after muting certain scenes, has always voiced his reservations about the censor board guidelines.

Haasan, however, clarified that he holds nothing against the people in the board and called CBFC chief Pahlaj Nihalani a â€˜friendâ€™.

“It (Censor Board) does stifle my creative freedom. It is stifling my freedom. I have spoken of this to some of the board members, the officers. They are not out to destroy the film industry. They have a job, they are given a stipulation as a set of rules with which they operate. They all love cinema.Â My struggle against CBFC is not against people. When I talk about CBFC curbing my freedom of expression, it is not against its chief Pahlaj Nihalani or other officers. They all are my friends. But this is an ongoing struggle to achieve freedom and we will get it,” Haasan said.

Nihalani and the board received flak from the Hindi film industry for issuing a list of 28 “objectionable words”, to be banned from movies. The list, however, has been put on hold.

The board delayed Anushka Sharma’sÂ NH 10Â by objecting to certain scenes and did not give the primary clearance to the release of Hollywood erotic-romanceÂ Fifty Shades of Grey.

The latest controversy surrounding Haasan, meanwhile, is the ban sought by the Tamil Nadu wing of VHP on his upcoming filmÂ Uttama Villain.Â The group claimed the film will affect religious sentiments of Hindus.

Reacting to it, Haasan said his rationalistic ways are perhaps reasons why he is targeted and called for tolerance from people.

“Probably it is me being a rationalist, that’s my way of life like they have their way. Would they say that to a Tirthankar or a Jain, who believes in a way of life? Likewise they will have to accept me as one of their brothers. I don’t live that life but I love them. Some of them are my relatives.Â My parents could be vaguely termed as Hindus. They are Vaishvanites. How can I hate people? It is silly of them to even think I would want to lose my audience. I want all to come and watch my film,” he said.

Haasan specified the film is not “about Hindus or rationalists but revolves around people.”