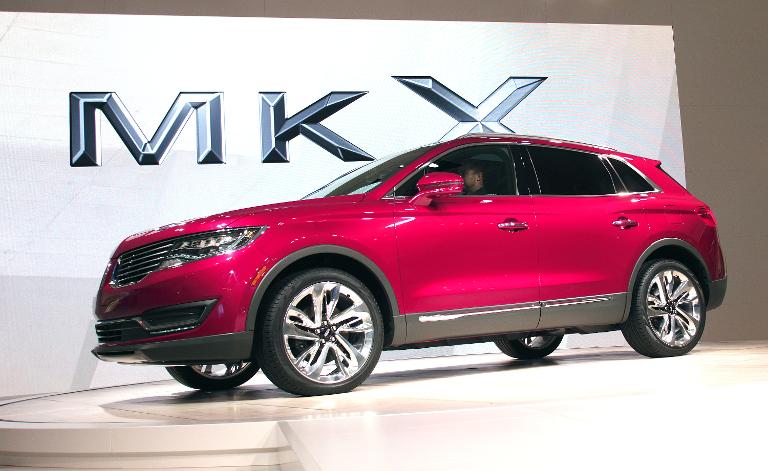 China is crucial to foreign carmakers as the world’s biggest auto market, but slowing economic growth and a corruption crackdown are denting its appeal as they gather for the country’s premier industry show.

The Shanghai auto show — the location alternates with Beijing — opens on Monday and is a chance for global automobile manufacturers to show off their latest offerings to the massive market.

Vehicle sales in China reached 23.49 million last year, well ahead of the United States, which it overtook in 2009.

But annual sales growth halved to 6.9 percent last year from 13.9 percent in 2013, according to the China Association of Automobile Manufacturers (CAAM). The slowdown continued in the first three months of this year, when sales rose just 3.9 percent.

“The reality is, despite lower growth rates… the numbers in China are still the largest in the world,” said London-based principal analyst for IHS Automotive, Namrita Chow.

“It’s still a big market for automakers to fight for market share.”

The downturn comes as growth in China, the world’s number two economy, is faltering. It expanded by an annual rate of 7.0 percent in the first quarter, the lowest level since 2009 at the height of the global financial crisis.

At the same time, Chinese cities are slapping limits on the number of vehicles as heavy pollution and traffic-choked roads spark calls for change.

The southern boomtown of Shenzhen became the latest to impose such measures in December, bringing the total number of cities to at least seven, but carmakers expect more to follow.

A prolonged corruption crackdown and government austerity drive are also hurting the “premium” market — defined by analysts as vehicles costing from $33,000 to $197,000 — as well as rarefied luxury brands with even higher prices.

The anti-graft drive has also snared auto industry officials including the former top executive of China’s third-biggest car company, FAW Group, which has a joint venture with Germany’s Volkswagen.

But foreign companies cannot afford to ignore China’s market, particularly as Europe is still struggling to recover from a six-year slump brought on by the global financial crisis.

Rising incomes and a low percentage of car ownership also point to the potential for further sales growth in the world’s most populous country.

Chinese consumers are evolving, embracing auto financing instead of cash deals and fostering a growing market for second-hand vehicles instead of buying the newest models.

The auto show is evolving too. This year, for the first time, it will not include scantily-clad models, which organisers have reportedly banned in favour of more wholesome promotion.

On show instead will be a range of SUVs (sport utility vehicles), whose image in China as a roomy family car rather than a fuel-guzzling giant helped drive a 48.8 percent surge year-on-year in the first quarter, according to industry group CAAM.

Just ahead of the show, US auto giant General Motors launched a new SUV in the China market, the Buick Envision 20T.

Rival Ford Motor Co. will give two luxury SUVs their China market debuts at the show — the mid-size Lincoln MKX and the full-size Lincoln Navigator — and launch a flagship sedan for China, the Taurus.

The US carmaker boosted its Chinese footprint last month by opening a $760 million assembly plant in the eastern city of Hangzhou, adding annual production capacity of 250,000 vehicles.

Japan’s Nissan Motor Co. will also introduce a mid-size sedan at the show, the Lannia, which it is marketing to appeal to young buyers.

Meanwhile, a government push for “new energy” vehicles is encouraging sales of both fully electric and hybrid cars, which have an electric motor along with a conventional combustion engine.