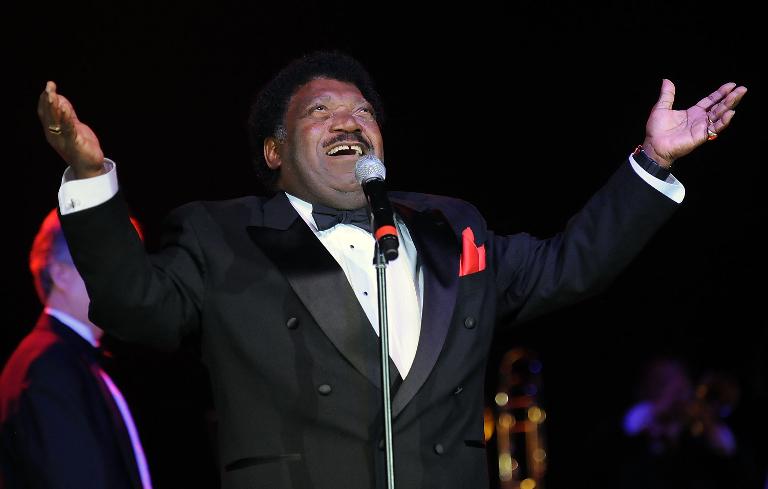 American soul icon Percy Sledge, best known for the 1966 hit “When a Man Loves a Woman,” died Tuesday at the age of 74, his longtime agent Steve Green said.

Sledge, who had been battling liver cancer for more than a year, passed away at his home in Baton Rouge, Louisiana, Green told AFP.

“We’ve represented a lot of artists here. Percy was one of our first,” said Green, head of Artists International Management.

“What a nice person in a miserable business,” he said. “He was just a decent, decent person.”

Born in racially segregated Alabama in 1941, Sledge got his start in show business with a group called the Esquires Combo while holding down a job as a hospital orderly.

A former patient introduced him to producer Quinn Ivy, who in turn led him to a recording studio in the small Alabama town of Sheffield where he recorded “When a Man Loves a Woman.”

Inspired by a woman who left Sledge for another man, the song became an immediate worldwide hit for soul music powerhouse Atlantic Records, spending weeks atop the pop music charts otherwise dominated by the Beatles, the Rolling Stones and Motown acts.

Sledge once said that he had been humming the melody for years, “even when I was picking and chopping cotton in the fields.â€

But in a move that would cost him millions of dollars in lost royalties, Sledge gave the songwriting credits to two band mates who helped him shape the final tune.

“Worse decision I ever made,” he told the British music magazine Blues and Soul during a visit to London. “I wasn’t thinking. I was only 25 in 1966.”

The recording studio in Sheffield would itself become famous as Muscle Shoals, a mecca for entertainers as varied as Aretha Franklin, Paul Simon and the Rolling Stones, among countless others.

Sledge went on to record a dozen hits for Atlantic, including “Warm and Tender Love,” “It Tears Me Up,” “Out of Left Field” and “Take Time to Know Her.”

“Sledge’s impact after his hit single was limited,” said John Covach, a professor of popular music at the University of Rochester in upstate New York.

Yet the influence of his greatest song influenced such hits as Procol Harum’s “A Whiter Shade of Pale” that blended Sledge’s soul with the style of Johann Sebastian Bach, Covach told AFP.

Sledge was inducted into the Rock and Roll Hall of Fame in 2005 alongside U2, The Pretenders, blues man Buddy Guy and 1970s Philadelphia soul act The O’Jays.

Rolling Stone magazine meanwhile placed “When a Man Loves a Woman” at number 53 on its list of 500 greatest songs of all time.

In 1991, Michael Bolton put the song back atop the American pop music charts with a cover version; he and Sledge later performed it together live on stage.

Sledge’s official Facebook fan page said the singer — nicknamed “the king of slow soul” — had died “surrounded by his wife Rosa and their children.”

Funeral arrangements have yet to be announced.