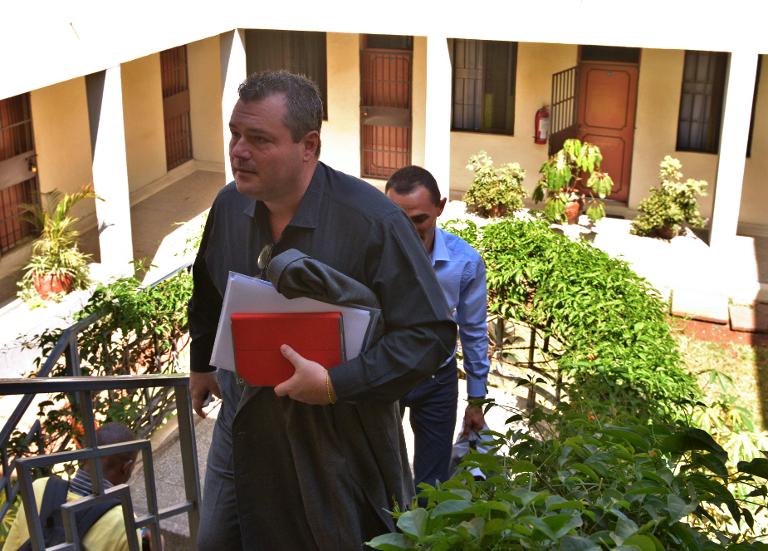 Elite Kenyan athletes on Tuesday slammed as “malicious and personal” the national federation’s decision to suspend two top agents for six months in the run-up to the world championships.

Athletics Kenya (AK) suspended Italian Federico Rosa and Dutchman Gerard Van De Veen for six months pending a probe into their role in a doping scandal which has engulfed the sport.

The decision prevents the agents from working with athletes for the duration of the ban, which will limit their accessibility ahead of the world athletics championships in Beijing from August 22-30.

“We do not recognise the decision taken by the AK to ban the agents. This is an extreme act that threatens to cause shock to the epicentre of athletics in Kenya,” the athletes said in a statement read on their behalf by former world marathon record holder Wilson Kipsang in the northwestern town of Eldoret.

“The suspension has disrupted the concentration of athletes in their training programmes and competitions, and puts the image of Kenya into question ahead of the World Relays, Diamond League series and the World championships.”

Outgoing AK chairman Isaiah Kiplagat said the association would appoint a manager to handle the affairs of concerned athletes in the IAAF world championship and Diamond Leagues before investigations are completed.

But the athletes said they will still honour their contracts with the suspended agents.

“Our contracts are still valid and will remain valid. If AK cannot manage 20 athletes in a national team, how will they manage 250 from Volare and Dr Rosa,” he said

Kipsang, Kimetto and Mutai are among a high-powered Kenyan team set to compete in the London marathon on April 26.

Others notable athletes who attended the meeting included Asbel Kiprop, the Beijing Olympic 1500m gold medallist, who is managed by the Rosa Associati company.

Kiprop, who is also the two-time world champion, is expected to lead other Kenyan athletes to the season-opening Diamond League meeting in Doha on May 15.