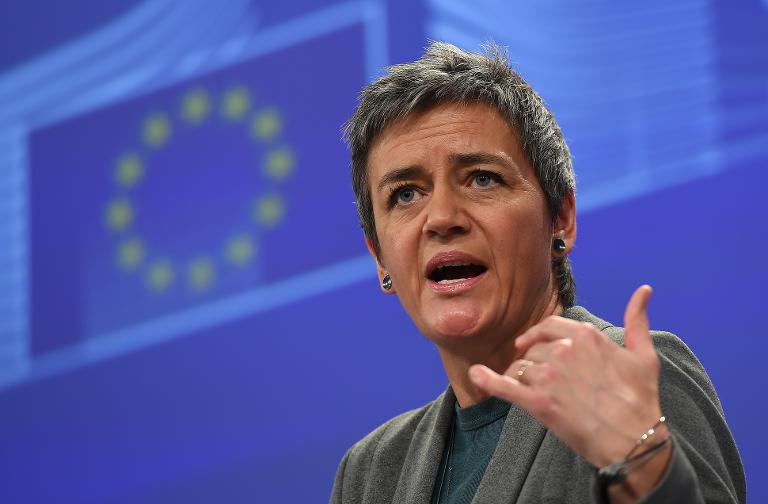 EU competition regulators are set to announce Wednesday whether they will file anti-trust charges against Google over its domination of the European search market, sources close to the case told AFP.

No decision had yet been taken, the two sources stressed, although British and US media reported late Tuesday that the EU was planning to file charges against the search engine behemoth.

Competition Commissioner Margrethe Vestager must submit the proposal at a European Commission meeting Wednesday and her colleagues will say whether they support it or not.

Vestager will then depart for a two-day visit to the United States.

The New York Times late Tuesday cited two people speaking on condition on anonymity as saying that Vestager would announce that Google had abused its position as the dominant search engine.

The Wall Street Journal also reported Vestager had taken the decision to charge Google after an agreement with European Commission President Jean-Claude Juncker, citing a person familiar with the case.

Digital Commissioner Guenther Oettinger at the weekend said the EU was expected to publish in “the coming days” the findings of its five-year investigation of Google over alleged abuse of its dominant position.

“We need to bring or force Internet platforms, search engines, to follow our rules in Europe,” he said at a meeting in Hanover.

The European competition watchdog is examining criticism that the US Internet search giant favours its own services to the detriment of competitors, like price comparison site Kelkoo or sites specialising in travel such as Expedia.

If it issues a “statement of objections” against Google, it could lead to formal charges and an eventual fine of up to 10 percent of its worldwide turnover, which reached $66 billion in 2014.

Google could also seek a settlement with the EU.