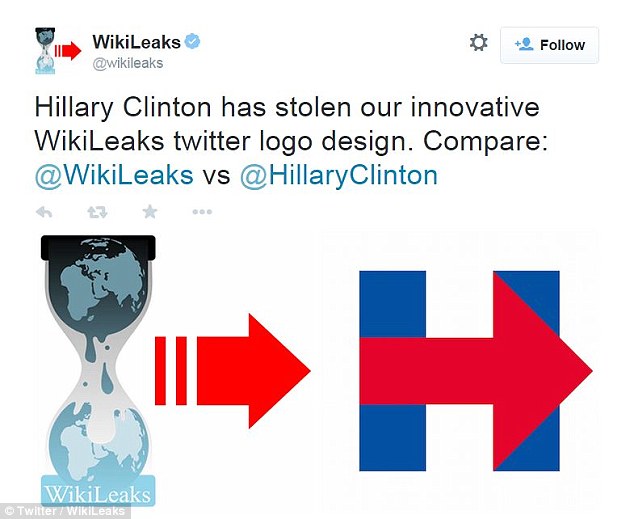 Hillary Clinton was today accused by WikiLeaks of stealing its ‘innovative’ Twitter logo design for her 2016 presidential campaign.

The tweet offered a side-by-side comparison of the logos. WikiLeaks’ artwork features an hourglass with a dripping earth, along with a red arrow, while Clinton’s shows a red arrow used to form a large “H.”

This will be Clinton’s second attempt for securing the top post.

The one-time first lady enters the race seven years after her bitter nomination defeat to President Barack Obama in 2008.

Clinton will be the top contender for the Democratic party in the elections.
Â