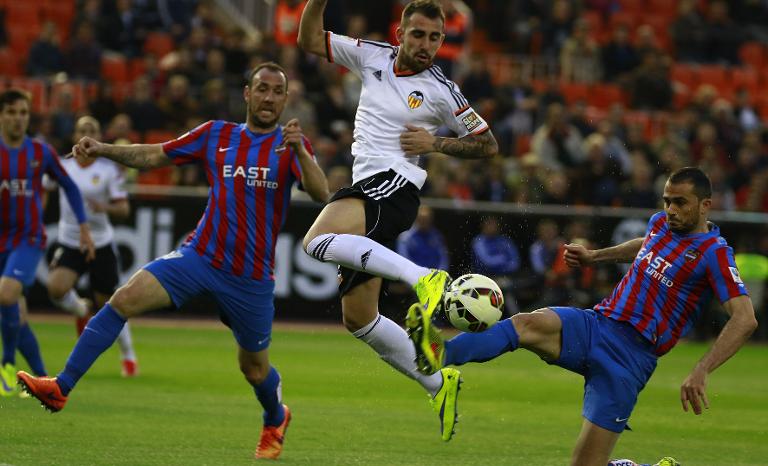 Valencia moved back to within a point of third-placed Atletico Madrid in La Liga with a comfortable 3-0 win over Levante in the Valencian derby on Monday.

Paco Alcacer headed home the opener after 16 minutes and Sofiane Feghouli doubled the hosts’ advantage before the break.

And substitute Alvaro Negredo added the third in stoppage time with a fine volleyed finish from outside the area.

Victory consolidates Valencia position in fourth, three points clear of Sevilla, ahead of their trip to Barcelona on Saturday.

Los Che had stumbled in recent weeks with draws against Villarreal and Athletic Bilbao.

However, there was little doubt they would be too strong for their city rivals once Spanish international Alcacer headed home Dani Parejo’s in-swinging cross early on.

Feghouli then nodded in his fourth goal of the season in similar fashion from Lucas Orban’s ball into the area.

The best was yet to come, though, as Manchester City loanee Negredo controlled the ball on the edge of the area before unleashing a sumptuous volley into the far corner to stretch Nuno Espirito Santo’s men’s unbeaten run to 10 games.