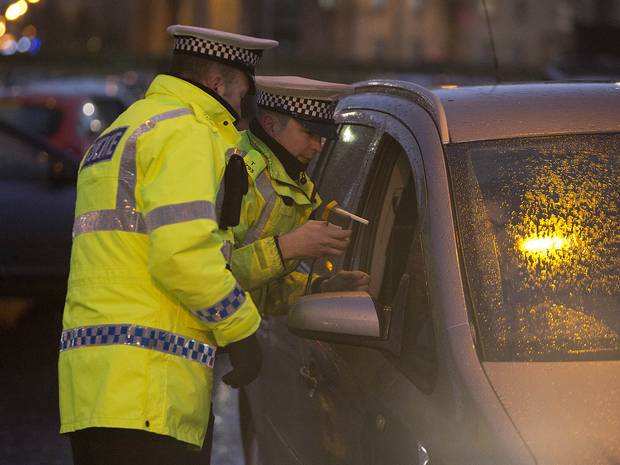 Scotlandâ€™s tough new drink-driving law is proving so successful at stopping people from indulging that it is damaging financial growth, according to one of the countryâ€™s top economists.
A Bank of Scotland report published on Monday said it had been a â€œpoor monthâ€ for the private sector of the countryâ€™s economy.
The bankâ€™s chief economist, Donald MacRae, said the new drink-driving law was partly responsible as it had forced people to alter their drinking habits.
â€œManufacturing exporters have been affected by the falling Euro, while services businesses in hospitality are seeing a changing pattern of spending resulting from the lowered alcohol limit while driving,â€ he said.
The new law, which came into force in December, reduced the legal alcohol limit for Scottish motorists from 80mg to 50mg in every 100ml of blood. Drivers have been warned that having â€œno alcohol at allâ€ is the only way to ensure they stay within the limit â€“ and to avoid planning car journeys for the morning after a night drinking.
In February, a survey of the hospitality sector suggested that Scottish businesses had seen bar sales drop by up to 60% in the two months following the introduction of the new limit.
Paul Waterson, chief executive of the Scottish Licensed Trade Association, said the new law was so draconian that it amounted to â€œa form of prohibitionâ€ which attacked moderate drinking and frightened people into staying away from alcohol altogether.
â€œItâ€™s stopped people having a drink at lunchtime, or having a drink on the way home from work. People arenâ€™t coming in for food with their families on a Sunday afternoon,â€ he said.
â€œWe feel itâ€™s had an effect far worse than the smoking ban had in 2006. Thereâ€™s questions being asked about the future of the trade â€“ itâ€™s probably the last nail in the coffin for independent operators.â€
He added that while the Scottish Government had been able to reduce the drink-drive limit, it had not been able to introduce lighter penalties by Westminster, meaning that a driver with only residual alcohol in their bloodstream could still face a criminal record. â€œThe penalties arenâ€™t in line with the crime.â€
Police Scotland said quarterly drink-driving statistics showing how many motorists have fallen foul of the new law would not be available until the autumn.
Â In the three weeks after it came into force, 255 people were found to be driving under the influence of drink or drugs compared to 348 a year earlier, a decrease of 27%.