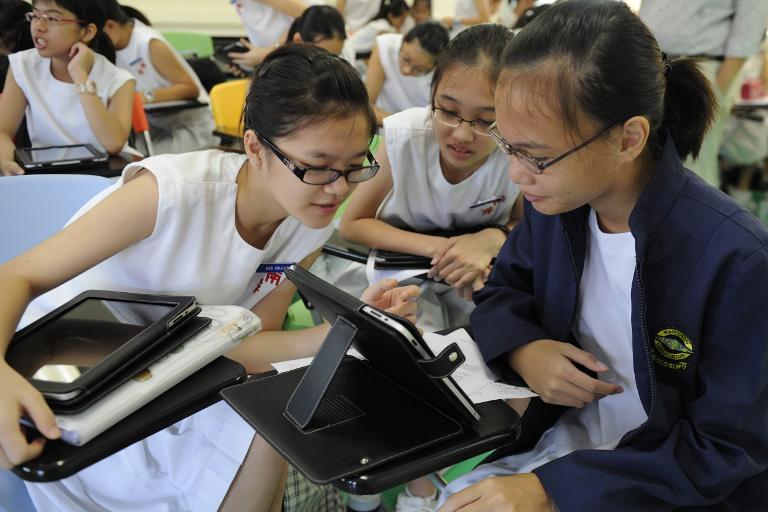 A maths problem that first appeared in a test for Singapore’s elite high school students has baffled Internet users around the world after it went viral, prompting a rush of attempts to solve it.

The question, involving a girl asking two boys to guess her birthday after giving them scant clues, first appeared in an April 8 test organised by the Singapore and Asian School Math Olympiads (SASMO).

It was meant for 15- and 16-year-old elite secondary school students, but swiftly went global after a local television news presenter posted it on his Facebook page Saturday.

In the question, Cheryl gives her new friends Albert and Bernard 10 possible dates when they enquired about her birthday, before separately giving each of them further clues.

Test-takers are then asked to use logic to deduce Cheryl’s birthday using a short conversation between the two boys about the information given to them.

By Monday Internet users around the world were posting meticulously detailed answers to the puzzle on social media networks such as Facebook and Reddit, only to prompt a slew of comments disputing their findings and methodology.

“Cheryl obviously didn’t want Albert and Bernard at her party. Should have taken the hint when Cheryl decided to play this little game,” wrote David Leong on Facebook.

The hashtag #cherylsbirthday also trended on Twitter, while some people created funny memes about the puzzle. “If Math would grow up and solve its own problems, that’d be great,” read one such meme.

The “mind-boggling” problem also made the mainstream media, with leading websites including the Guardian newspaper and Buzzfeed publishing articles about the puzzle.

In a Facebook post late Monday, SASMO provided the full question and a model answer, which can be found at https://www.facebook.com/4sasmo/posts/983396811695295.

The post also clarified earlier erroneous reports that the question was not posed to primary school children, saying SASMO thought it important to specify the age of the students involved so “Singapore parents will not start to worry so much”.

The question was “actually from the secondary 3 and secondary 4 SASMO contests held on April 8, 2015”, it said, adding it was “meant to sift out the better students”.

“We are pleased that this problem has generated so much interest and thinking from the public,” Ong said.

“We are not saying this problem is for every student… but if this kind of problem can be used to stretch the better students to sharpen their analytical power, why not?”

Singapore is renowned worldwide for its national maths system, which has been emulated by schools in other developed countries and cities, including New York.

Singaporean pupils are ranked second in the world in mathematics according to the latest student assessment survey by the Organisation for Economic Cooperation and Development, beaten only by their counterparts in Shanghai.