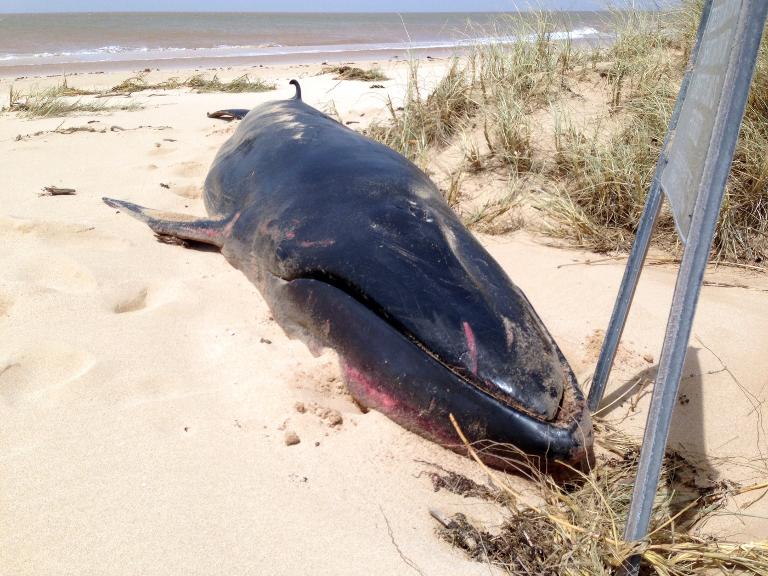 A rarely seen Omura’s whale has washed up in Australia, only the second sighting nationally and one of the few globally, exciting scientists who know little about the species, officials said Tuesday.

The dead whale was found on a remote beach near the town of Exmouth, 1,265 kilometres (784 miles) north of Perth, in the wake of Tropical Cyclone Olwyn which hit the region last month.

Western Australia Environment Minister Albert Jacob said it was the first record and sighting of the species in the state and only the second nationally.

“This find is highly significant for whale scientists in Western Australia and researchers globally because there have not been many recorded sightings of this species so very little is known about it,” Jacob said.

“Omura’s whale was only described in scientific journals for the first time in 2003 and is apparently restricted to tropical and subtropical waters.

“The knowledge we gain from this whale will help to improve field identification guides to better understand the whale’s regional distribution,” he added.

“Scientists know a fair bit about many whale species but this exciting discovery shows there is still so much more to learn in our oceans.”

According to the International Union for Conservation of Nature, only a handful of specimens have been found before, including in the Sea of Japan and the Solomon Sea.

There is no population estimate, given the scarcity of information about them, with little known of the species’ ecology and virtually nothing about its reproductive biology.

Jacob said identifying the 5.68-metre (18-feet) juvenile female was difficult for the state’s Department of Parks and Wildlife, but DNA profiling confirmed it was an Omura’s whale.

The animals, which have a streamlined and sleek body shape and several unique skeletal features distinguishing them from other whales, are often incorrectly identified as a small Fin whale or Bryde’s whale.