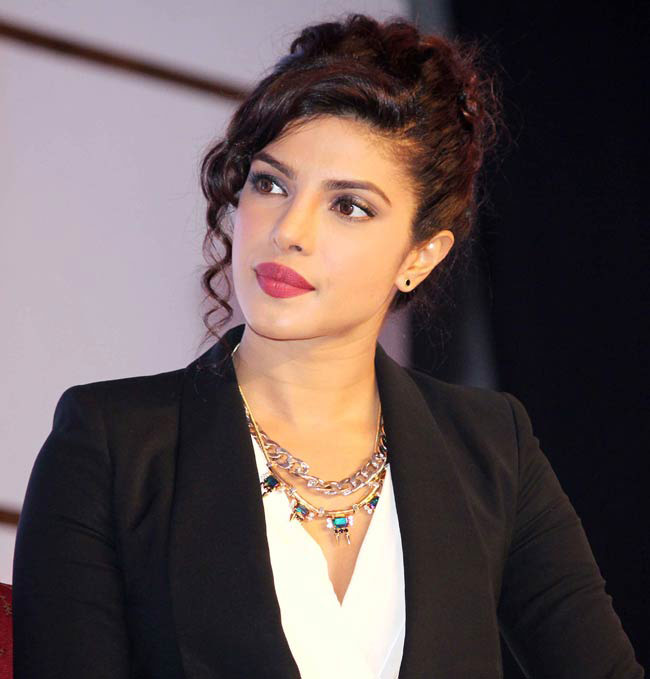 New Delhi: There seems to be no end to troubles for Priyanka Chopra’s debut production Madamji. Earlier it was postponed then there were reports of it being similar to Mallika Shrawat’s Dirty Politics and now news of an indefinite delay.

The film which was supposed to roll in Dec 2014, was pushed to April 2015, and is now reportedly kept aside yet again.

According to a leading daily, the film couldn’t roll this month because after returning from LA, Priyanka got busy with Sanjay Leela Bhansali’s Bajirao Mastani.

The film to be directed by Madhur Bhandarkar, was delayed as Priyanka was shooting for Quantico in the US.

Given the scenario, Priyanka and Madhur reportedly decided to hold Madamji for now. Unit members who were preparing for the shoot have been informed too.

“There is no bad blood between the duo. They are in complete agreement on the problems which have been plaguing the project since it was announced, a source said.

The reason to put Madamji on hold could have stemmed from the fact that her American TV show could demand more dates from her. Also she has just signed Reema Kagti’s next opposite Fawad Khan.

Madhur Bhandarkar has already started work on another project.