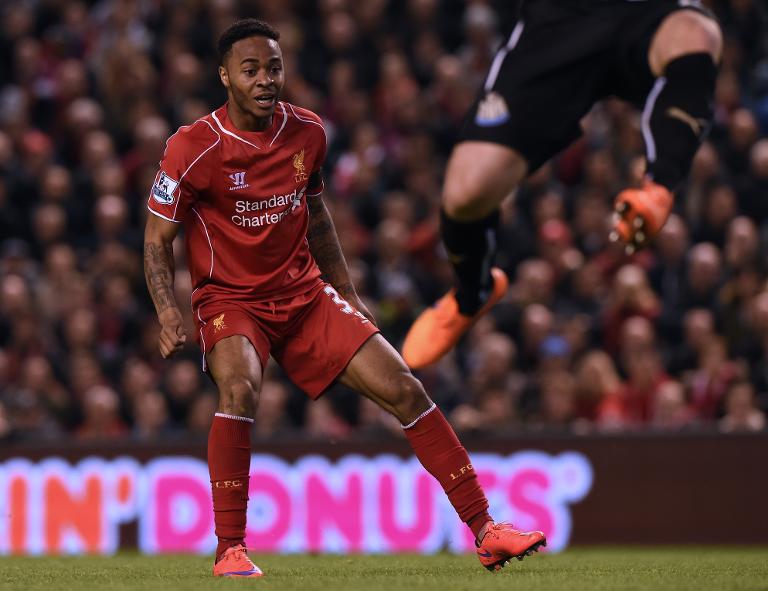 Liverpool manager Brendan Rodgers admitted he will talk to Raheem Sterling about his responsibilities as a professional footballer after a video emerged of the player apparently inhaling nitrous oxide.

The Sun newspaper published a clip of England international Sterling supposedly taking the legal high â€“- commonly known as laughing gas — on their website during Liverpool’s 2-0 win over Newcastle United.

Sterling, who scored in the win over Newcastle which helped Liverpool close the gap on fourth-placed Manchester City in the Premier League to four points, has been under intense scrutiny recently.

The 20-year-old forward was pictured smoking from a shisha pipe last weekend, and recently revealed in an interview that he turned down a lucrative contract at Anfield which saw him light-heartedly heckled at Liverpool’s kit launch.

“It is as simple as that. But I will speak to him. We want players here who are super-professional and focused on their football. He very much is. It’s very simple, I’ll speak to Raheem on that. It will be dealt with internally.

“Like I’ve said before, young players make mistakes. He is a young kid who is in the spotlight now. He knows the demands of being a top class player and professional, both on and off the field.”

Rodgers wholeheartedly praised Sterling’s influence on the pitch as he helped the Reds return to winning ways after back-to-back defeats to Manchester United and Arsenal.

Sterling scored a sublime opening goal in the ninth minute before Joe Allen added Liverpool’s second after the break, while Newcastle had captain Moussa Sissoko sent off for a second-bookable offence.

“You see the way Raheem plays,” Rodgers added. “He is a kid that is very strong willed and strong minded. He should have had a hat-trick, his performance was outstanding, him and Coutinho.

“He is very valuable. He is a kid who is non-stop, he wants to learn and improve himself. I thought he was outstanding tonight. Wonderful skill and ability for his goal.

“He presses the ball so well. It is one where internally, we will always look after these type of players.”

Rodgers revealed that Daniel Sturridge missed the game with a hip injury and is uncertain whether he will be fit for their FA Cup semi-final with Aston Villa on Sunday.

Rodgers said: “He will hopefully be ok for the weekend. I will know more in the week.

“He feels reasonably fine so we are hoping by the middle of the week we will have an indication where he is at.”

Rodgers confirmed that Italy striker Mario Balotelli was still absent with an “on-off sickness” while defender Mamadou Sakho will be missing for three or four weeks with a hamstring problem.

Despite this being their fifth straight league defeat, Newcastle manager John Carver was encouraged by the performance of his side following their derby defeat to rivals Sunderland.

Carver said: “I think we got a response. We didn’t get a result, but I saw enough. There are lot of positives to take from the game.

“A lot of people expected us to get a hiding and I think we held our own for the majority of the game. We have gone toe to toe with them.

“The pleasing thing there is we have responded from that dreadful performance against Sunderland.”

Newcastle were denied a penalty when Dejan Lovren brought down Ayoze Perez — a decision which infuriated Carver.

Sissoko was shown a second yellow card for a late tackle on Liverpool midfielder Lucas Leiva and Carver acknowledged he was fortunate not to be sent off straight away.

“The sending off, it could have been a straight red, I will be honest,” Carver added.