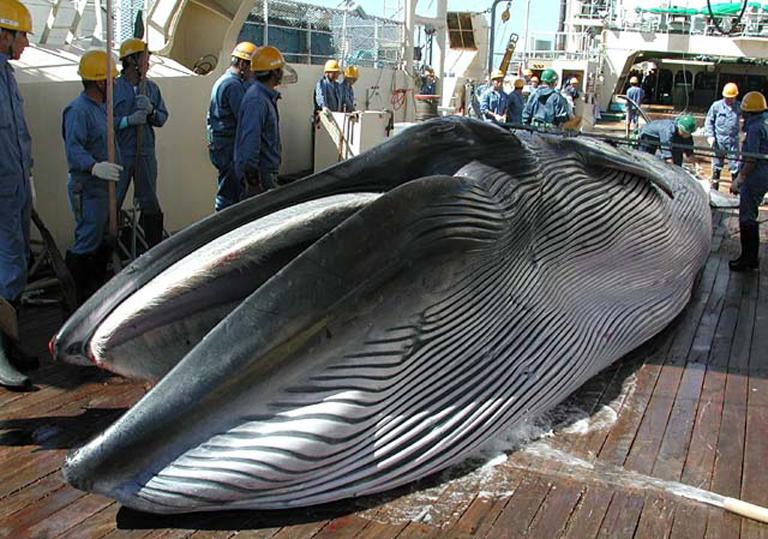 Japan’s top whaling negotiator said Tuesday Tokyo would try again to justify its “scientific” Antarctic Ocean hunt after a panel of experts said the government had not proved why it needed to kill the mammals.

Joji Morishita, Japan’s commissioner to the International Whaling Commission (IWC), said he and his fellow officials would do their best to meet demands for evidence their hunt is scientific, with the Japanese government determined to restart what it claims is research.

“Our draft research plan is a draft from page one to the end, so all parts of the research plan can be improved, amended or changed in the course of the discussion.”

Despite international disapproval, Japan has hunted whales in the Southern Ocean under an exemption in the global whaling moratorium that allows for lethal research.

It makes no secret of the fact that meat from the animals — killed ostensibly for research — is processed into food.

The International Court of Justice — the highest court of the United Nations — ruled in March last year that the research was a fig leaf for a commercial hunt and ordered that it end.

After that ruling, Japan said it would not catch whales during this winter’s Antarctic season but has since expressed its intention to resume “research whaling” in 2015-16.

Japan tinkered with its programme and submitted a new plan to a panel of experts from the IWC. Amongst other things, the plan reduced the annual catch target to 333 from 900, and put a 12-year limit on the research.

That panel on Monday said there was not enough evidence supporting why the whales need to be killed if Japan really wants to find out what they eat and how old they are.

“I believe our experts did a very scientific and technical job as… expected,” Morishita told reporters.

“As you might know, oftentimes even scientific discussion at the International Whaling Commission can become, I should say, political or emotional because of positions taken by the governments.”

He added Japan would fine tune the plan before a meeting of the IWC’s science committee in San Diego next month.

“We will see how that will develop at the scientific committee itself in… May,” he said.

Japan has said it believes the world’s whale population, especially the stock of minke whales, is sizeable enough to accommodate a return to sustainable whaling.

It argued in its proposal to the IWC that knowledge gained by the research killing would help the IWC calculate sustainable levels for hunting.

Lethal research should also lead to a better understanding of the Antarctic marine ecosystem, Japan maintains.

Last month Japanese whaling ships returned from the Antarctic without a single whale, after carrying out what they said was “non-lethal” research, such as sightings.

It was the first time since 1987 when the country began the annual “research” hunt in the Antarctic, according to local media.

Despite having had a target of 900 animals, Japan killed just 251 minke whales in the Antarctic in the 2013-14 season and only 103 the previous year, with the aggressive interventionist tactics of conservation group Sea Shepherd blamed.