Home Business India warms-up to the concept of Superbikes 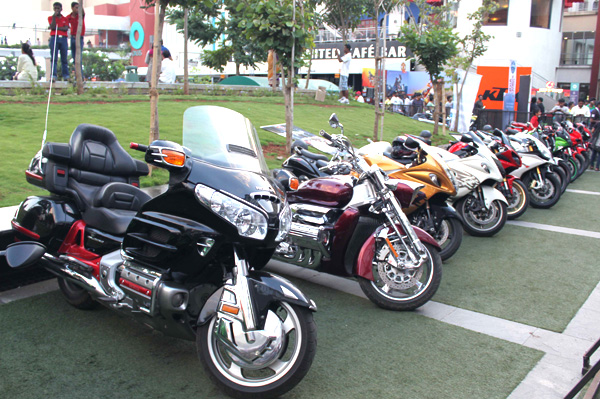 The Indian superbike market â€” comprising motorcycles of 500cc and above displacement â€” will more than double in the next five years to hit over 20,000 units by 2020. According to top industry sources, the segment â€” ruled by the likes of Royal Enfield and Harley Davidson, among others, has been growing at a 40-50% clip year-on-year. Other players in the segment include Triumph, Yamaha, Suzuki and DSK Motowheels (which markets both Hyosung and Benelli branded bikes).

The superbike segment is currently dominated by two players – home grown Royal Enfield and global biggie Harley Davidson. But given the 40-50% growth that the segment has witnessed in the past two years, new players are flooding the market and expanding the range on offer. Apart from the likes of Harley Davidson, Triumph, Hyosung and Kawasaki, newer entrants include Ducati (it’s second coming in India) and Benelli (to be marketed by DSK Motowheels). The Japanese biggies Yamaha, Honda and Suzuki are also introducing new superbike models in the Indian market.

Roy Kurian, VP-marketing and sales, Yamaha Motor India, said: “The superbike market has been growing pretty well from 2,000-odd units in the year before to around 3,500-odd units last fiscal. It should hit 10,000 units shortly.” Like most superbike brands, Yamaha imports its just-launched 2015 YZF-R1 and launched YZF-R1M from Japan. Ditto for Suzuki, which saw a 40% growth in its superbike sales last year and will launch the GSX S1000 and S1000F later this summer. Similarly, Triumph has planned to launch three new variants of its adventure bike Tiger this year, priced Rs 10.5-12.7 lakh.

Experts say around 60-65% of the superbike market is ruled by the likes of Royal Enfield Continental GT and the Harley Davidson Street 750 in the ‘around Rs 5 lakh price bracket’. The rest of the superbike brigade command the pricier end of the market but earn lower volumes comprising the balance 35-40% of the market.

Experts say the reason why superbikes have not quite grown as fast as luxury cars has to do with the biking habit in India. “Riding a superbike is not just about spending the money, it’s also a total lifestyle choice and many of these products are priced as much or higher than an entry-level luxury car,” said Sumbly. As leisure biking takes off in India, the superbike segment too will grow in numbers.