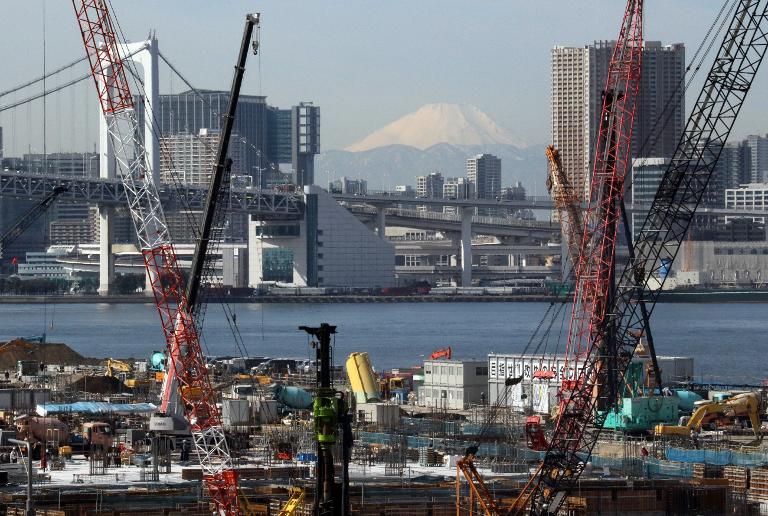 The International Monetary Fund said Tuesday that the Japanese and European economies were picking up pace as it stuck to its forecast for moderate global growth this year and next.

The IMF trimmed its outlook for the United States but said the country would remain the driver of world output in 2015 and 2016 while many emerging economies struggle with low commodity prices and turbulence in financial markets.

It also said in its semi-annual World Economic Outlook that the plunge in oil prices was not yet generating all the potential benefits of more spending money in consumers’ pockets.

And it warned that, to avoid being locked in a slow-growth mode over the medium term, governments need to be more aggressive in implementing market-friendly reforms and investing in infrastructure.

“Legacies from both the financial and the euro crises are still visible in many advanced economies,” said IMF chief economist Olivier Blanchard.

In addition, advanced economies are suffering from a decline in “potential growth”, the result of the weight of an aging society, and lower investment in future productive capacities.

“It would be wrong to speak, as some have done, of stagnation, but prospects are more subdued. And more subdued prospects lead, in turn, to lower spending and lower growth today.”

The global economy will grow about 3.5 percent this year, after 3.4 percent in 2014, and pick up pace to 3.8 percent next year, the IMF forecast.

That was the same as its January predictions, although it increased its growth outlook for Japan and Europe and cut that for the United States.

But for emerging countries, 2015 will be the fifth year of declining growth. With China slowing — 6.8 percent this year and 6.3 percent in 2016 — countries dependent on selling commodities to the second-largest economy will continue to face weak prices.

The same goes for oil exporters, though their main problem is oversupply. Many are adjusting, but the impact of the 50 percent fall in crude prices since June is particularly hard on Russia and Venezuela, already beset by political and policy problems.

Despite some bright spots, Blanchard characterized global output growth as “moderate and uneven.”

“A number of complex forces are shaping the prospects around the world,” he said.

“Legacies of both the financial and the euro area crises — weak banks and high levels of public, corporate, and household debt — are still weighing on spending and growth in some countries. Low growth in turn makes deleveraging a slow process.”

In the updated IMF outlook, several key countries look worse off than in January:

– Russia, which faces a contraction of 3.8 percent, compared with 3.0 percent previously.

– Brazil, where the IMF now expects a 1.0 percent contraction this year, rather than slight growth.

Those where the picture looks better:

– Germany, France, and especially Spain, which should grow 2.5 percent this year, up from the previous outlook of 2.0 percent.

– Japan, where central bank stimulus has driven down the yen, boosted wages and pumped up asset prices, should deliver a 1.0 percent expansion in 2015, and 1.2 percent next year, 0.4 percent better than the January forecast.

– India has been upgraded by 1.2 percentage points for a 7.5 percent expansion this year and next.

The IMF was generally positive about China’s slowdown as part of a necessary rebalancing to greater domestic consumption but also a reaction to the risk of credit and investment bubbles.

“The Chinese authorities are now expected to put greater weight on reducing vulnerabilities from recent rapid credit and investment growth, and hence the forecast assumes less of a policy response to the underlying moderation,” it said.

The stimulus expected from lower oil prices has not yet completely fed into growth.

On paper, the Fund says, cheaper oil could add as much as one percentage point to global growth by 2016, a huge boost.

But some oil-importing governments are keeping the fiscal benefits for themselves — cutting subsidies for instance — and not passing them to consumers.

Moreover, the strong dollar may have eaten into the gains for oil importers with weaker currencies.

One is the continuing turmoil in Ukraine and in the Middle East. A second worry is how vulnerable emerging economies fare in the face of ongoing turmoil in capital and currency markets, including more strengthening of the dollar, due to the tightening of US monetary policy.

More broadly, if Japan and Europe do not pick up speed, the risks of stagnation and low inflation are still present.

“A Greek crisis cannot be ruled out, an event that could unsettle financial markets,” said Blanchard.