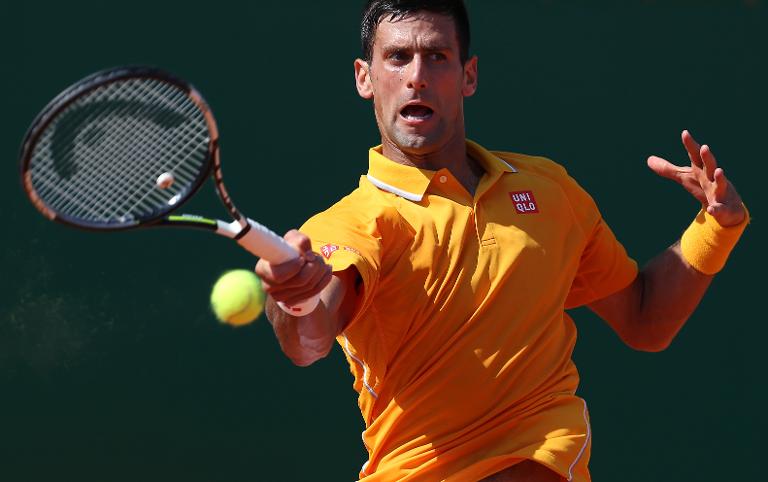 Novak Djokovic got away to a 6-1, 6-4 winning start to the clay season on Tuesday, with the locally based world number one pleased with a second-round defeat of Albert Ramos-Vinolas.

Djokovic, who lives a few hundred metres from Court Central at the seaside Country Club, was happy to bring home the straight-set win in less than 90 minutes.

“For a first match on clay, it was pretty good,” said the winner of back-to-back hardcourt Masters 1000 titles in the US.

“I’m happy to have started so strong.

“I can just take positives from today. Maybe there were a few games where I did drop a little bit with intensity and concentration.

“But overall was a high quality performance and I’m happy for that.

“The fact that I’m playing at home (helps). I practice in this club over the course of 12 months, hard courts, clay courts, I know people who are doing the courts, I’m friends with them.

“It really is a different and very special feeling. So I’m trying to enjoy it and see how far I can go.

Djokovic is playing for the 142nd week on the ATP number one ranking, putting him one week ahead of Rafael Nadal on the top honour.

Roger Federer, Monte Carlo second seed, leads that statistical category with the all-time best of 302 weeks in the top spot.

Djokovic is also bidding to become the first player to win the opening three ATP Masters 1000 tournaments of the season after claiming Indian Wells and Miami honours.

Frenchmen Jo-Wilfried Tsonga, Gael Monfils, Gilles Simon, Jeremy Chardy and Lucas Pouille moved into the second round as a pair of compatriots lined up challenges against leading seeds.

Number 11 Tsonga beat Germany’s Jan-Lennard Struff 6-4, 6-4 while number 14 Monfils had to overcome three breaks in the last four games of his contest before securing safe passage into the second round with a 4-6, 6-3, 6-4 defeat of Russian Andrey Kuznetsov.

The hardest work on the clay looks to be awaiting an unheralded French pair at the event which kick starts the six-week run to Roland Garros.

Chardy defeated Diego Schwartzman 7-5, 6-2 to book a spot opposite Federer as the Swiss begins the quest for a first career trophy at the venue where he finished runner-up a year ago to Stan Wawrinka.

Pouille, ranked 108, will also have his work cut out as he plays eight-time champion Nadal. The French wild card beat Dominic Thiem 6-4, 6-4.

Nadal is desperate to maintain his title as king of clay and start to turn around what for the Spaniard has been a horror showing so far in 2015.

Nadal exited early at both of the March hardcourt events in the US and has spent a fortnight on clay in his native Mallorca trying to re-discover his feel for his preferred surface.

The 28-year-old won the last of his Monte Carlo titles in 2012 and has his hopes again set on a successful road to Paris and the French Open in six weeks.

Monfils, who has never been past the second round at the tournament since first playing here a decade ago, had to battle through a tough opening encounter with Kuznetsov, whom he beat in Marseille two months ago.

“There were ups and downs, I was not monstrously confident,” said Monfils, injured last month in the US. “I had trouble finding the right timing and moving on the surface.

“I’ve never had much success here in Monte Carlo, I’m very pleased that I was able to get through this match.

“I have mixed feelings – there were good parts in the game, but also bad ones. But I was able to come back. Once I was a bit more confident, I was able to move better, too.”