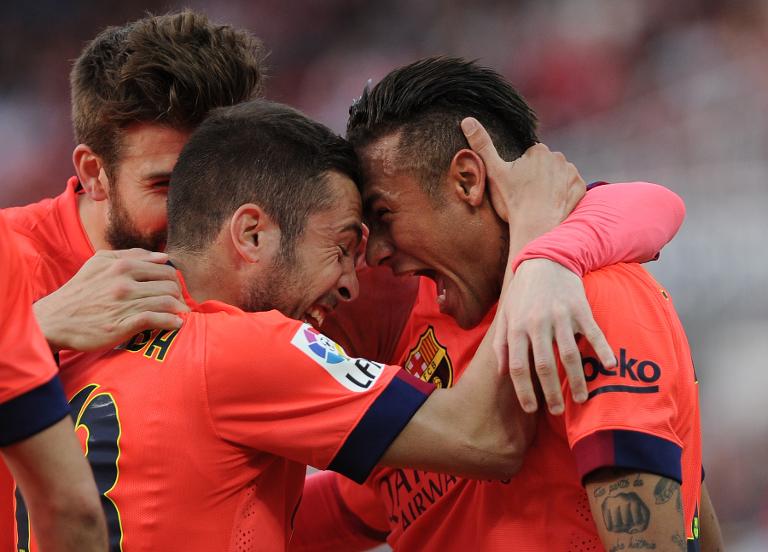 Barcelona coach Luis Enrique gave short shrift to questions about Neymar on the eve of his side’s Champions League quarter-final with Paris Saint-Germain after the Brazilian reacted angrily to being substituted at the weekend.

Neymar scored in Barcelona’s game at Sevilla in La Liga on Saturday but was taken off to make way for Xavi Hernandez in the second half of a match which ended in a 2-2 draw.

He responded by making a series of frustrated hand gestures before removing a boot and angrily throwing it to the floor.

His coach was repeatedly asked for his view of the attitude shown by one of his superstars, but said that he could understand his unhappiness.

“As coach I understand and know that all players want to be on the pitch, all without exception. But the players all need to understand that I make the decisions,” he said at a press conference on the eve of Wednesday’s game at the Parc des Princes.

Luis Enrique refused to confirm whether Neymar, who scored in both meetings with PSG during the group stage of this season’s Champions League, would start the match in the French capital.

“I have brought almost all my players. Tomorrow I will decide,” said the 44-year-old former Barcelona midfielder.

When further pressed about the incident, which has been whipped up into a controversy by elements of the Spanish media, he replied: “The 14th of April is my mum’s birthday. Happy birthday Mum.”

German goalkeeper Marc-Andre ter Stegen, who has been used as a back-up to Claudio Bravo in La Liga this season, is once again set to get the nod in Europe.

He understands better than most of his team-mates the frustration of being benched and said: “Nobody is happy when they have to go out of the match.

“It is just as important that the team is in good form and everyone has to accept it. He will manage it, he is old enough.”

Barcelona are without Dani Alves due to suspension, but otherwise are at full strength for the game as the sides meet in the quarter-finals for the second time in three seasons.