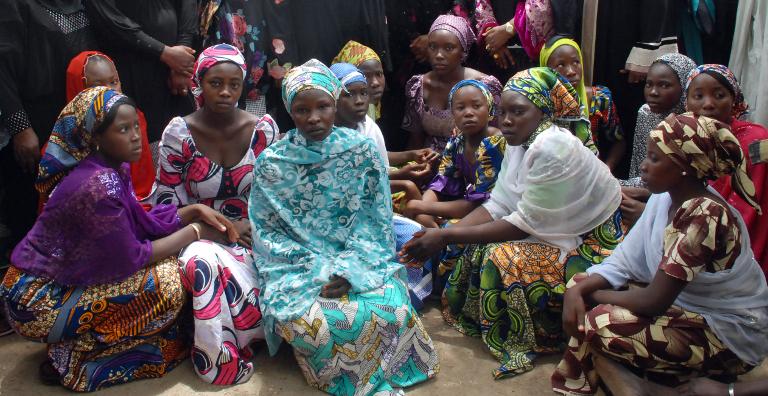 Boko Haram has kidnapped at least 2,000 women and girls since the beginning of last year, Amnesty International said on Tuesday, a year on from the mass abduction of 219 Nigerian schoolgirls.

The kidnapping of the teenagers from Chibok, in the northeastern state of Borno, on April 14 last year brought unprecedented world attention to the brutality of the insurgency.

But the human rights group said it had documented 38 cases of abduction by the Islamists, based on testimony of dozens of eyewitnesses as well as women and girls who eventually escaped.

“It is difficult to estimate how many people have been abducted by Boko Haram,” Amnesty said in the report, “‘Our job is to shoot, slaughter and kill’: Boko Haram’s reign of terror”.

On the Chibok girls, Amnesty quoted a senior military source as saying they had been split into three or four groups and held at different Boko Haram camps.

Some were in its Sambisa Forest stronghold in Borno state, others around Lake Chad, in the Gorsi mountains in Cameroon while about 70 girls were thought to be in Chad.

Nigeria’s military has previously said it knows where the girls are but ruled out a rescue operation as too dangerous.

The 219 teenagers have not been seen since Boko Haram released a video message in May last year, showing about 100 of the girls in Muslim dress and reciting verses of the Koran.

Boko Haram leader Abubakar Shekau has said all of the teenagers had converted to Islam and been “married off”.

Amnesty reports provides fresh testimony to Boko Haram’s use of mass kidnapping, cataloguing the frequent abduction of young women and girls, as well as the forced conscription of men and boys.

Women and girls interviewed recounted being held in atrocious conditions, including in overcrowded prisons, being forced to cook and clean for as well as marry Islamist fighters.

One human rights activist who interviewed more than 80 abducted women and girls after their escape said in 23 cases, they had been raped either before arrival at camps or after forced marriage.

One 19-year-old woman who was abducted in September 2014 said: “I was raped several times when I was in the camp. Sometimes five of them. Sometimes three, sometimes six.

“It went on for all the time I was there. It always happened in the night… Some were even my classmates from my village. Those who knew me were even more brutal to me.”

One woman said Boko Haram fighters came to her house in the border town of Gamboru to rape her lodger, a woman in her late 20s, and that fear of HIV was widespread.

Elsewhere others spoke of being forced to train to shoot guns and make bombs, while one said she was sent on operations, including to her own village.

Amnesty, which wants Boko Haram investigated for war crimes and crimes against humanity, estimates that more than 4,000 people were killed in 2014.

At least 1,500 civilians lost their lives in the first three months of this year, it added.