Home Politics As Clinton eyes presidency so does Republican Rubio 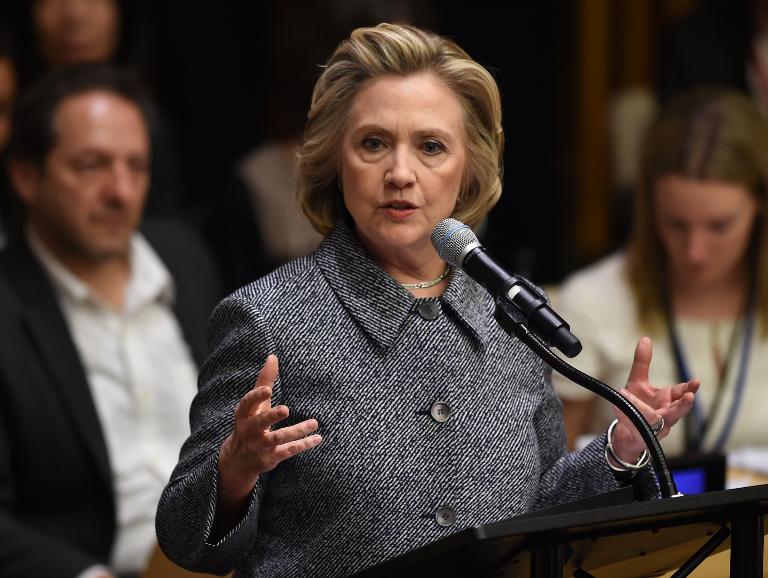 US Democrats have their 2016 presidential frontrunner in Hillary Clinton, but the Republican field remains wide open — and it got even wider Monday with first-term Senator Marco Rubio jumping into the race.

Rubio — a Florida lawmaker and son of immigrants from Cuba who is equally at ease discussing foreign policy, deficit reduction, his family’s compelling narrative or hip-hop music — is scheduled to make a major announcement at 6:00 pm (2200 GMT) in Miami.

Hours before he officially launches his campaign and casts himself as the next-generation candidate, in contrast with Clinton and mentor-turned-rival Jeb Bush, the 43-year-old Rubio told major donors on a conference call that he is in, the Miami Herald reported.

He also told ABC News he feels he “absolutely” is the most qualified candidate, despite Clinton and Bush having more political experience.

“I think the 21st century can be the American century, and I believe that I can lead this country in that direction,” Rubio said.

He joins two other Republican first-term senators who are already running: Ted Cruz of Texas, who is also Cuban-American, and Libertarian-leaning Rand Paul from Kentucky.

Cruz in a statement welcomed his friend to the presidential rodeo, saying Rubio will help “elevate the debate for all of us.”

Should Bush, a former governor and the son and brother of two presidents, enter the race as expected, his duel against fellow Floridian Rubio could be a compelling narrative of the 2016 campaign.

Rubio, who often casts his personal arc as the embodiment of the “American Dream,” wants to take voters beyond the dynastic Bush-Clinton dynamic that has ruled national politics for much of the last three decades.

He has telegraphed a primary theme for his Monday rollout, notably that he is the candidate for a “new American century.”

Youthful, charismatic and articulate on several issues, Rubio hopes to transcend the Republican Party’s reputation for difficulty in connecting with young, Hispanic or African-American voters.

Rubio is hawkish on foreign policy, a Tea Party favorite with potential to draw conservative votes.

But he angered core conservatives two years ago when he helped craft a bipartisan immigration reform bill that would have provided pathways to citizenship for millions of undocumented workers, a plan he backed away from after it died in the House of Representatives.

Former secretary of state Clinton meanwhile ended years of speculation Sunday when she finally announced what everyone already knew: her intention to join the race to succeed Barack Obama and give Democrats a third straight presidential term for the first time in more than half a century.

Clinton immediately hit the campaign trail, striking a note of soft humility with her pledge to champion “everyday Americans” — a departure from her hard-as-nails approach in 2008, when she lost her party’s nomination to Obama.

Crowding into a minivan, she drove from New York toward the key midwestern state of Iowa, where she will hold small roundtables with middle-class voters beginning Tuesday.

Hours into the surprise 1,000-mile (1,600-kilometer) journey, the 67-year-old former senator and onetime first lady tweeted a picture of herself meeting a family at a Pennsylvania gas station.

“This was her idea and she has been really excited about it,” close Clinton aide Huma Abedin said on a conference call from the road late Sunday.

In her first fundraising email as a candidate, Clinton told supporters Monday she would “work my heart out” to earn votes.

“I’ve spent my entire life standing up for women, children, families, and anyone who needed a little help along the way,” she wrote.

“That’s what this campaign will be about, and that’s what I’ll do every single day as your president.”

Clinton’s first major rally and the speech that kicks off her campaign is not expected until May.

While Clinton aims to break the “glass ceiling” and become the nation’s first female commander-in-chief, her Republican rivals want to reverse course from what will be eight years of Obama policies they say have made America weaker and economically stagnant.