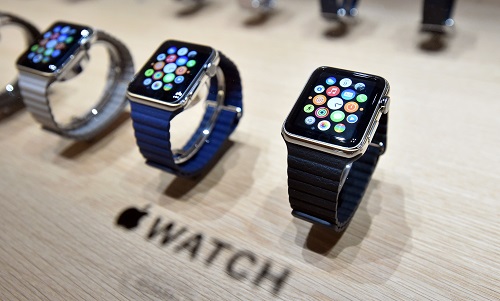 Almost 1 million people on the first day of pre-orders bought the Apple Smartwatch, forcing many of the models to go out of stock for months.
Slice Intelligence, a shopping research firm, said that data from receipts indicated that 957,000 people in the US ordered the Watch.
Around 62% of the shoppers bought the cheaper Apple Watch Sport, they said. That model begins at Â£299 in the UK, with the more expensive Apple Watch collection beginning at Â£479.
Most customers pre-ordered their Watches in Appleâ€™s â€œspace grayâ€ aluminium cases, which represented 40% of pre-orders.
The average spend on Watches was $504 (Â£345), according to the data, and the average order was for 1.3 smartwatches.
The black sport band was the most popular strap, and represented nearly half of orders.
Few enough people bought the luxury Apple Watch Edition â€” which sells for between Â£8,000 and Â£13,500 â€” that the orders didnâ€™t show up in Sliceâ€™s data.