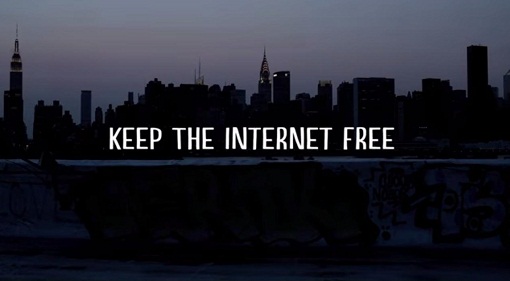 The Internet is under threat in India as telecom operators have gone to the Telecom Regulatory Authority of India (TRAI) to allow them to block apps and websites and charge money from both consumers and businesses to the detriment of users.

Network neutrality is the idea that your cellular, cable, or phone internet connection should provide access to all websites and online traffic in ‘neutral’ and ‘equal’ manner, without giving priority to any other website.

In simple terms, Net Neutrality is the Internet’s guiding principle that “preserves our right to communicate freely online”.

From politicians to Bollywood actors, thousands of Indians have voiced their support and the number is growing by the minute. Indians have sent over 1 lakh emails to TRAI over the issue through the website savetheinternet.in.

Over 27,000 e-mails are said to be in favour of net neutrality. The emails have been sent in response to the regulator’s call for public consultation. The scheduled government deadline for sending in feedback will lapse in a week.

The idea of net neutrality or free and equal Internet to all has garnered wide attention from across the globe. While countries like the US, Chile, Netherlands and Brazil have already adopted Net Neutrality that doesn’t allow discrimination of Internet content or charge users differently based on the content, site, or platform they consume, back home TRAI has also asked for mass feedback to help formulate regulations for consuming the Internet.

Though consumers appear to be majorly in favour of net neutrality, telecom companies are up in arms against the concept owing to the notion that bringing equality of Internet would cut down on their prospective revenue from the OTT services that are offered through their network, including apps such as WhatsApp, Flipkart, Skype, etc.