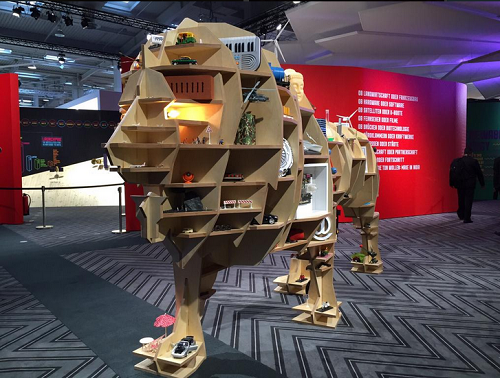 â€˜Make in Indiaâ€™â€” a compelling slogan with an instant appeal, is an initiative of the Prime Minister Narendra Modi-led government.

It has been rolled out with a flashy global advertising push aimed to promote India as a destination for foreign investment.

The â€˜Make in Indiaâ€™ campaign is designed to fulfill the cravings of the rich and the poor: with investments into reserved sectors followed by employment opportunities, transfers of technical know-how and, capital and growth.

According to a report by consulting firm McKinsey & Company, India’s manufacturing sector could touch $1 trillion by 2025. By that time, the sector could potentially account for 25-30% of the country’s GDP and create as many as 90 million jobs.

Modi has gone gung-ho, hard-selling & promoting his campaign. Economic power hubs including the US, Japan and France, have all hopped on to the â€˜Make in Indiaâ€™ bandwagon. Movers and shakers of multi-national companies too have shown great interest in the Indian Premierâ€™s project with the most recent being a $2 billion vote of confidence from the Airbus group.

The initiative is seen as a grand opportunity for startup companies to fuel their ambitions and reach out to global consumers. It is difficult to gather funds and convince investors and leaders to get engaged.

However, this campaign ignites a hope that these issues would soon get addressed.

It is a boon for companies like Micromax Mobile which manufactures its handsets at a Rudraprayag facility and launched one of its smartphones in January 2014 in Russia. And also DataWind, known for its development of the Aakash tablet computer, which is manufactured at the companyâ€™s Hyderabad facility.

Appreciating the Make in India and Digital India programmes, Suneet Singh Tuli, President and CEO of DataWind said, â€œWeâ€™re excited with the concrete steps taken in this budget by the Government to help implement both the visions of Digital India and Make in India.â€

An initiative like this could turn the wheel for manufacturing in India. It is a bold step that challenges China, our neighbour and competitor that boasts of providing low-cost technology world over.

However, for the wheels to be set in motion, the government has to reform the business regulations in order to create a hassle free platform for the emerging businesses to grow and evolve. If the government indeed desires to make a difference with â€˜Make in Indiaâ€™, it shall have to push ahead with effective reforms at the earliest.