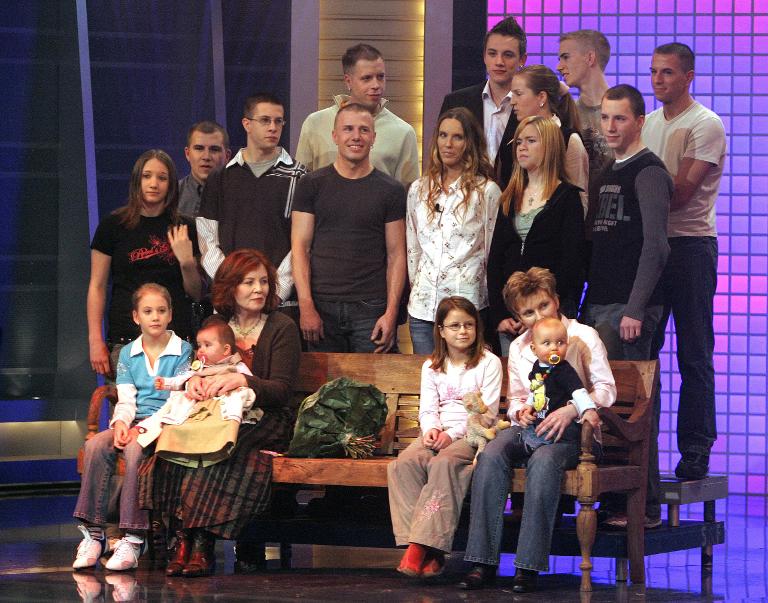 The Russian and English teacher’s pregnancy follows several attempts abroad at artificial insemination over the last year-and-a-half, according to the private TV channel.

The woman, Annegret Raunigk, decided to try to have another child because her youngest daughter, who is nine, wanted a little brother or sister, the channel said on its website.

It said it would broadcast an interview with the expectant mother, who has seven grandchildren, on Monday evening and plans to track her through the pregnancy and afterwards.

It said the pregnancy had so far been without any major complications and that if everything went well, the babies were due in the summer and that Raunigk would be the world’s oldest mother of quadruplets.

Mass circulation newspaper Bild am Sonntag reported the four-baby pregnancy on its front-page, quoting the prospective mother-of-17, whose oldest daughter is reportedly 44, recalling the moment doctors broke the news.

“Certainly that was a shock for me.

“After the doctor discovered there were four, I had to give it some thought to begin with.

“On the scan it was just clear to see,” Bild quoted her as saying, adding however she had not considered it an option to reduce the number of embryos.

At a time when other women her age are preparing to slow down and take things easier, Raunigk indicated she had no reservations about the challenges ahead.

“I’m not actually afraid. I simply assume I’ll remain healthy and fit. In matters of organisation I have enough experience, that’s not new for me,” she said.

Asked about moral doubts, RTL quoted her as asking: “How does one have to be at 65? One must apparently always fit some cliches which I find rather tiring.

“I think, one must decide that for oneself.”

Her gynaecologist, Kai Hertwig, was quoted on the RTL website ahead of Monday’s broadcast as saying that quadruple pregnancies were always a strain but that everything was currently going well.

The biggest risk for the babies is being born prematurely and doctors are doing all they can to prevent that, the gynaecologist added.

Raunigk made headlines 10 years ago too, when she gave birth to her 13th child, Lelia, at the age of 55.

“At first, I only wanted one child,” Bild quoted her as saying at the time. “Not all were planned. But then things happen. I’m not a planner but rather spontaneous. And children keep me young.”