Home Sports Degenkolb and Kristoff herald changing of the guard 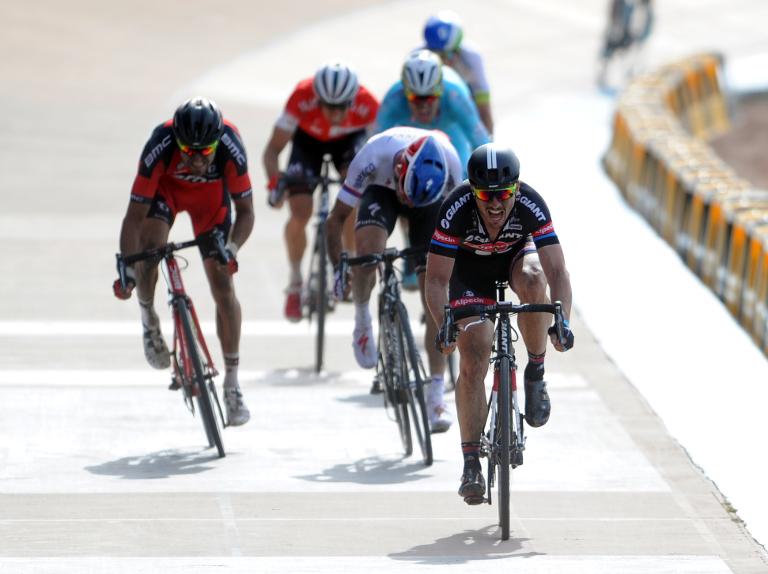 The 26-year-old German added on Sunday the Roubaix title to his Milan-San Remo success last month, becoming only the third man to win those two prestigious Monument races in the same year.

Coming a week after Norwegian Alexander Kristoff’s success at the Tour of Flanders, there was a definite feeling of the passing of a baton over the cobbles.

For the last decade, the two major cobbled classics — Roubaix and Flanders — had been dominated by two men: Tom Boonen and Fabian Cancellara.

Prior to this year, when both missed the two races due to injury, they had won 13 of the 20 editions of the two one-day classics.

Some might say that Degenkolb and Kristoff won’t truly replace the others until they beat them in the races themselves, but last year Degenkolb outsprinted Cancellara to take second in Roubaix behind Niki Terpstra.

And that same year, Kristoff had outsprinted the Swiss master to win Milan-San Remo — before this year being pipped to the post by Degenkolb.

That was a year when Boonen was practically unbeatable, winning a host of other races, including the Tour of Qatar, the World Ports Classic and Paris-Brussels.

Since then, however, his only success on the cobbles has been the semi-classic Kuurne-Brussels-Kuurne last year and many believe his best days are behind him.

In his place, and perhaps that of Cancellara too, Kristoff and Degenkolb are filling the gap.

Both started out as sprinters, but ones who lack the pure straight-line speed of a Marcel Kittel or Mark Cavendish, yet can keep pace with the punchers if there is a lumpy run in to the finish or slight incline in the home straight.

They have also now both started to distinguish themselves as one-day classics specialists, proving as adept at Milan-San Remo, the longest one-day race on the calendar at almost 300km, as they are on the brutal cobbles in Flanders and the north of France.

Degenkolb, though, believes there are other young riders also coming through to take over the torch.

“We are pretty similar, there will be also (other) races where we race again against each other,” he said about Kristoff, who is a year older at 27.

“When you are the same type of rider, you always meet each other again. But it’s not only Kristoff and me, a lot of riders played a big role (at Paris-Roubaix).

“Every race is new and different. When you look to (the other) riders, there are lot of young riders now.

“There was one in the breakaway at the end, a second year pro (Yves Lampaert) who’s still really young. So (that’s) very impressive.”

The German himself denied he is now the new star of the cobbles and said he wants to face Cancellara next year.

“Cycling is changing, definitely, and a new generation are on the trigger.

“I’m actually still quite sad that Fabian was not there in this race.

“It would’ve been really nice to have a battle with him. I hope he’s coming back and we can race against each other.

“I really appreciate him as a rider, he’s a strong road warrior.

“A lot of young riders are also growing, getting experience, getting mentally stronger.

“That’s also what it’s about in these races. You need these years, no-one can come here their first year and get the victory — it took me five years.”