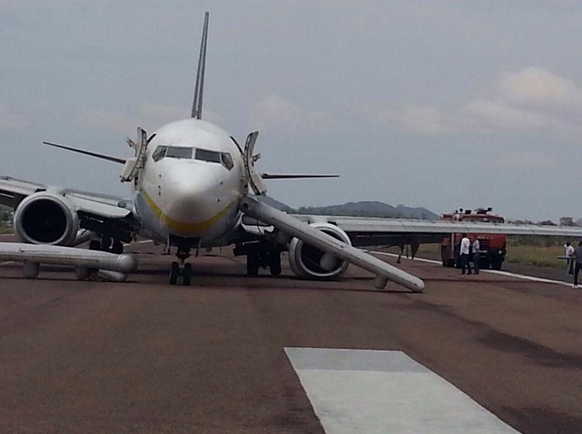 New Delhi: A Jet Airways flight on Monday made an emergency landing at Khajuraho airport after technical snag was reported in the landing gear.

As a safety precaution, all passengers and crew were evacuated on the runway and are reportedly safe, Jet Airways said in its official statement adding, the aircraft B737-800 experienced a technical problem with the landing gear after landing.

Flight 9W2423, which was flying from Banaras to Delhi, had 59 passengers and 8 crew on board.

On April 8, Mumbai-Raipur-Bhopal-Mumbai flight of Jetlite Airways (S2 4121) with 160 passengers on board made an emergency landing following a snag in the landing air due to a flat tire. Though the flight landed safely, it was subsequently grounded. Â