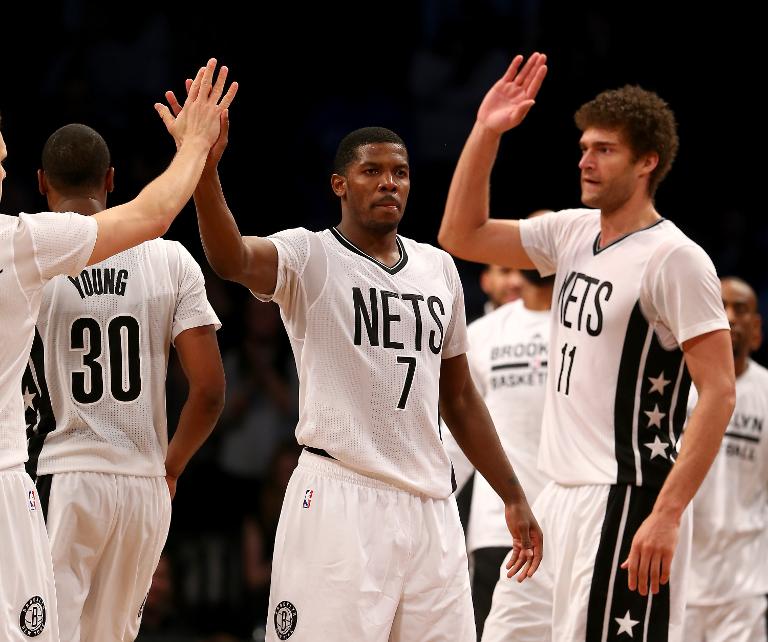 The Milwaukee Bucks completed a remarkable turnaround, clinching an NBA playoff berth a year after posting the league’s worst record.

The Bucks beat the Brooklyn Nets 96-73 on Sunday to punch their post-season ticket, becoming the first team since the 2008-09 Miami Heat to make the playoffs a season after finishing with the worst record.

Ersan Ilyasova scored 21 points, O.J. Mayo added 17 and Khris Middleton chipped in 16 for the Bucks, who secured the sixth seed in the Eastern Conference.

“I think it was a team effort,” said Bucks head coach Jason Kidd — who ditched the Nets in July after his first season as a head coach to take the helm in Milwaukee.

“The third quarter we came out like we have in the last couple games and put the ball in the basket and got stops.”

Brook Lopez delivered 12 points and 10 rebounds, while Mason Plumlee and Jarrett Jack each netted 11 for the Nets, who fell back into a tie with the Indiana Pacers for the eighth and final playoff spot in the East with two games remaining.

The Boston Celtics strengthened their hold on the seventh spot in the East with a 117-78 win over short-handed Cleveland.

The Celtics can clinch a playoff berth by winning either of their last two games.

“We’re not in the playoffs yet,” Boston coach Brad Stevens cautioned. “Progress has been made, but we’re not where we’d like to be.”

The Pacers stayed in the hunt with a 116-104 victory over Oklahoma City, withstanding a career night from Thunder star Russell Westbrook.

Westbrook poured in 54 points on 21-of-43 shooting and also grabbed nine rebounds and passed out eight assists for the Thunder, who remained tied with the New Orleans Pelicans for the eighth and final playoff spot in the Western Conference.

Making the defeat more painful for Oklahoma City, Westbrook received his 16th technical foul of the season in the fourth quarter. Unless it is rescinded upon review by the league, he will be suspended for Monday’s game against Portland.

But the Pelicans failed to gain any ground on the Thunder, as they were beaten 121-114 by playoff-bound Houston.

James Harden scored 30 points for the Rockets, who are tied with Memphis one half-game behind reigning NBA champions San Antonio for the Southwest Division lead and the second seed in the West.

The Spurs won their 11th straight game on Sunday, Tim Duncan scoring 22 points and pulling down 10 rebounds in a 107-91 victory over Phoenix.