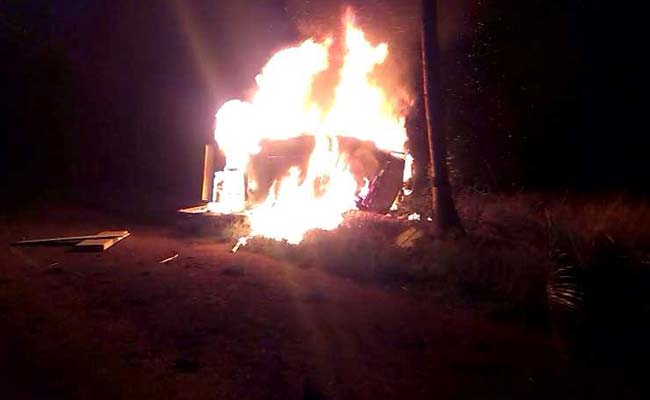 Three persons, including two women, were charred to death after the ambulance van in which they were travelling hit a roadside tree and burst into flames near Erode today, police said.

The van was transporting 61-year-old Kandasamy, who complained of chest pain, to the government hospital in Erode in the early hours. His wife, son and daughter-in-law had accompanied him, they said.

Police said the driver lost control of the van and it rammed a roadside tree around 2 am. The fuel tank got damaged and the vehicle caught fire.

Hearing the noise, locals rushed to the spot and managed to pull out Kandasamy and his son. But the driver and the two women were charred to death, police said.

The van was gutted.

Kandasamy was treated as an out-patient for his chest pain, police added.