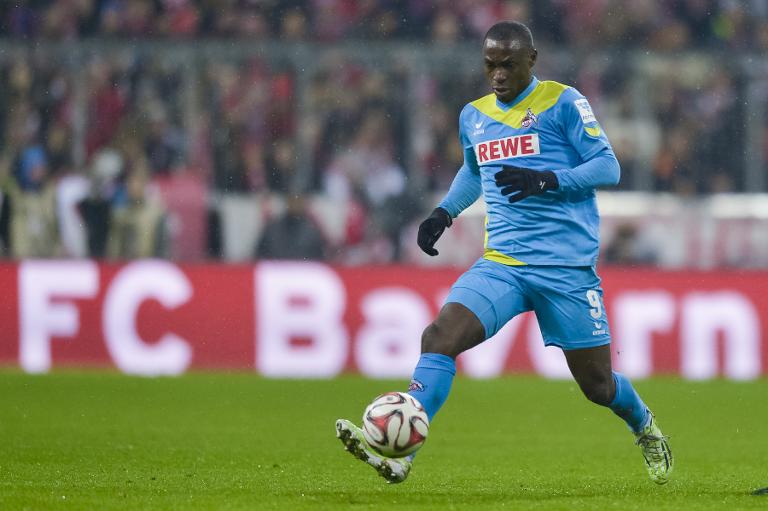 Ten-man VfB Stuttgart climbed off the bottom of the Bundesliga on Sunday with a dramatic 3-2 win at home to Werder Bremen thanks to striker Daniel Ginczek’s double.

Bremen looked to have rescued a point when defender Jannik Vestergaard headed them level on 86 minutes just after Stuttgart winger Martin Harnik was sent off for a second yellow card, having earlier wasted two clear chances.

“You have to compliment the team for showing great morale after the sending off and the equaliser.

“You can only manage something like this if you work together.”

The hosts took the lead when midfielder Christian Gentner volleyed home on 16 minutes, but Werder levelled early in the second half through Germany Under-20 striker Davie Selke.

Ginczek headed Stuttgart into a 2-1 lead with 70 minutes gone before claiming his second in the dying stages.

Lewandowski, the Bundesliga’s top-scorer last season, has 16 goals for the season and is third in the current rankings.

Frankfurt were missing the league’s top scorer with Alexander Meier, who has 19 goals in 26 matches, suffering from a knee injury.

Bayern needed just 15 minutes to take the lead when Lewandowski produced a superb turn and volley, then headed home, with suspicion of offside, on 66 minutes.

Thomas Mueller added the third eight minutes from time when he fired home from a seemingly-impossible angle.

Second-placed Wolfsburg remain ten points behind Bayern and on course for the Champions League next season after their 2-0 win at 10-men Hamburg, who drop to bottom.

Hamburg had Swiss defender Johan Djourou, who brawled with team-mate Valon Behrami in the dressing room at half-time, sent off for a second yellow card in the dying stages.

Borussia Moenchengladbach picked up their fourth straight league win with an impressive 3-1 victory over Borussia Dortmund to stay third in the table.

Norway’s Havard Nordveit then fired home when left unmarked at the far post for Gladbach with 67 minutes gone before Ilkay Gundogan pulled a late goal back for Dortmund.

Bayer Leverkusen stayed fourth with a 3-2 win over Mainz, 24 hours before sacking Bosnia international Emir Spahic, who is being investigated by police for allegedly assaulting a club steward.

Fifth-placed Schalke are now 10 points adrift of a Champions League place for next season after their goalless draw with relegation-threatened Freiburg.

Augsburg stay sixth despite their shock 2-1 defeat at Paderborn, who remain in the relegation places.