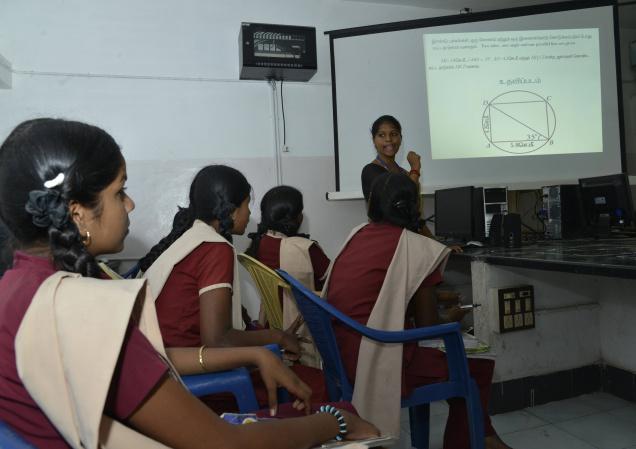 Nagapattinam:Â AÂ PanchayatÂ Union Middle School at Keechankuppam village in Nagapattinam district, which was ravaged by the tsunami on December 26,2004, has become Tamil Nadu’s first government school to get a ‘smart class’ with internet facility.

At a function held at the school premises on Saturday night, State Fisheries Minister KA Jayapal inaugurated the smart class facility in the school.Â

The Minister said this was the first government school in the state to have smart class facility.Â

“All the class rooms in this school have internet connection and LCD projectors. Students studying in classes one to four will undergo Activity Based Learning, fully computerised. Students of other classes (4 to 8) will undergo simplified learning methodology. The classes are 100 per cent computerised,” he said.Â

Teachers of this school had undergone special training to exploit the full potential of the smart class system and pass on the benefits to the students.Â

He said of the total cost of Rs 7.5 lakh for the smart class system, the government has provided Rs five lakh and local people have contributed Rs 2.5 lakh.Â

As many as 80 students of this school were killed along with 570 other people in the village in the tsunami that struck the coast.