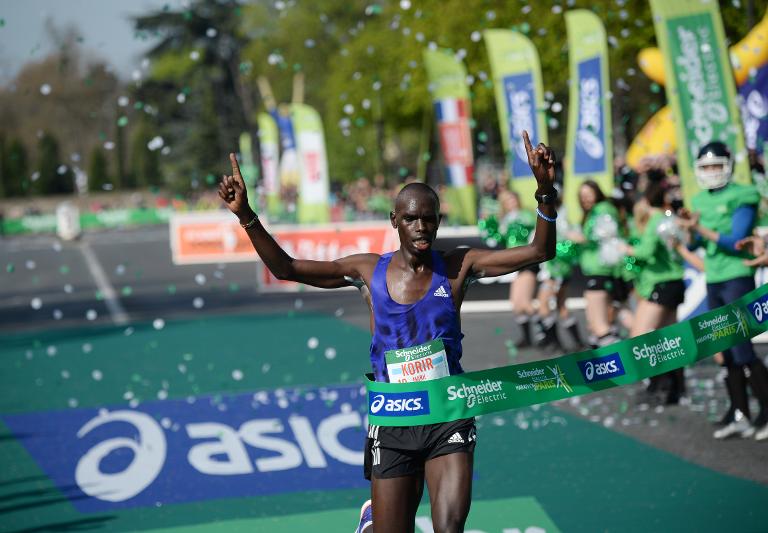 Mark Korir of Kenya won the Paris men’s marathon on Sunday, his first career victory in a prestigious international race.

Seboka Tola of Ethiopia was third, in 2:07.33, with yet another Kenyan, Mike Kigen, fourth.

Meseret Mengistu of Ethiopia, a surprise late entry after an invitation from the organisers, won the women’s event in 2:23:26.

Kigen led the decisive breakaway 10km from home but he was reeled in by Korir, who set off in pursuit and caught him up 5km out in the Bois de Boulogne before streaking away to leave Kigen trailing in behind the first three.

“When I saw the others accelerate between 25km and 30km, I just kept the same rhythm without looking to follow them,” Korir said.

“The first half of the race was run at a slowish pace, so that meant I could accelerate whenever I wanted to.”

Korir is only the fifth man to run under 2hr 06min in the French capital.