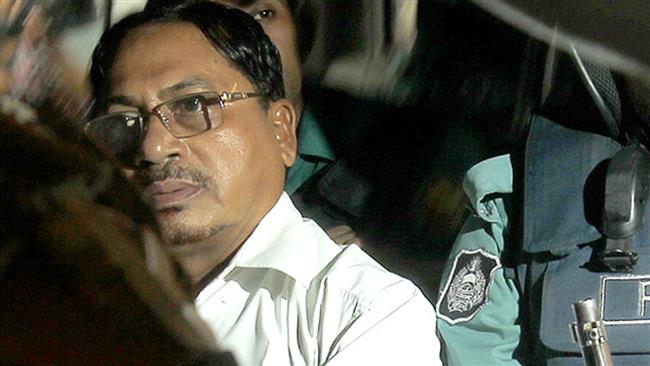 Dhaka: Senior assistant secretary general of Jamaat-e-Islami, Mohammad Kamaruzzaman of Bangladesh, was hanged on Saturday for his crimes against humanity.

The infamous leader of Al Badr, a close ally of Pakistan Army which carried out targeted killings of top intellectuals of the country, was hanged inside Dhaka Central Jail.

Kamaruzzaman was hanged after two years since the International Crimes Tribunal (ICT)-2 sentenced him to death for his crimes in 1971.

On December 12, 2013, Abdul Quader Molla was hanged as the first case of execution of war criminal in Bangladeshâ€™s history.

After the news of his execution went out, people gathered at Shahbagh intersection and celebrated the execution, shouting slogans: â€œJustice has finally been delivered.â€

Kamaruzzamanâ€™s family met him around 4:10 pm after which his elder son Hasan Iqbal said his father wished to be buried in Sherpur district, his home district.

Iqbal said his father did not plead for presidential clemency since the president was â€œnobody to give or take away a life.â€

Meanwhile, along with Police and RAB forces, Paramilitary forces were deployed in cities in the country on Saturday.

Border Guard Bangladesh (BGB) troopers were deployed in Dhaka, Chittagong and Rajshahi from Sayurday evening to avert any untoward incident.

Three BGB camps on the Dhaka-Chittagong highway have been kept at high alert and patrol of troopers have been increased, he said.

â€œTwo quick action forces of BGB have been kept ready for Hathazari and Banshkhali,â€ he added.

BGB troopers have been asked to remain alert at every strategic point across the capital to maintain law and order, an official at the BGB headquarters said.

Kamaruzzaman was sentenced to death by ICT-2 on May 9, 2013, for war crimes, including mass killings in Sohagpur of Sherpur district. Kamaruzzaman became the second leader of Jamaat-e-Islami, which was born to stop Bangladeshâ€™s birth in 1971.

Born in Bajitkhila on July 4, 1952, Kamaruzzaman was the chief of the Mymensingh district unit of Jamaat-e-Islamiâ€™s then the student wing Islami Chhatra Sangha during the war in 1971.

He formed the Al-Badr force with the leaders and activists of his organisationâ€™s Ashek Mahmud College unit in Jamalpur to collaborate with the Pakistani occupation force on April 22, 1971.

Â Under his command, Al-Badr members were involved in genocide, killing, rape, looting, arson, and deportation of people in the then greater Mymensingh region including Jamalpur, Netrokona, Kishoreganj, Sherpur and Tangail districts.

Kamaruzzaman joined Jamaatâ€™s Dhaka City chapter in October 1979 and was sworn in as a full Jamaat member (Rukun) in 1979.

He was appointed Joint Secretary to Dhaka City unit Jamaat for the 1981-82 term and served as Publicity Secretary of the party from 1983 to 1991.