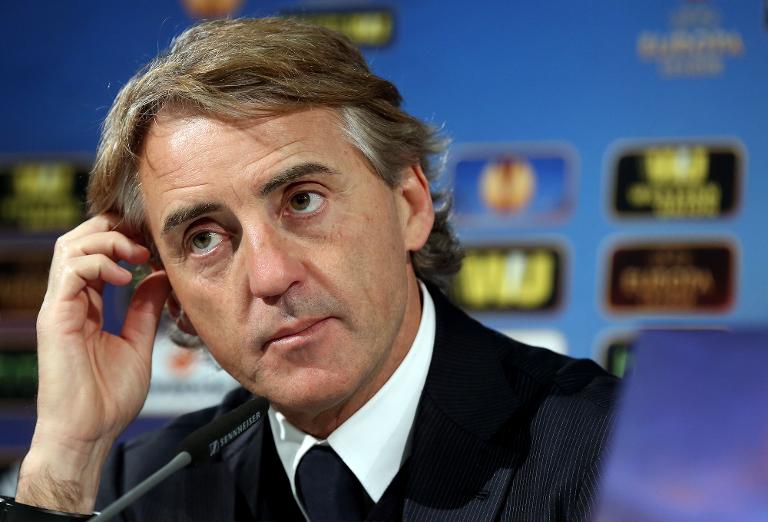 Roberto Mancini insists Inter Milan can set aside their remarkably poor form at the San Siro and will be ready when they host AC Milan in the city derby next week.

Inter’s first win since February left them in 10th place, 29 points behind leaders Juventus and seven behind their target of a Europa League qualifying place.

But the shadow of Inter’s poor home form is looming.

Mancini has only led Inter to six wins in the 19 games he has overseen since returning for a second spell at the club in November, and only two of those have come at the San Siro ground they share with city rivals AC Milan.

“At home we find it difficult at times, but the San Siro is the San Siro and you always feel a little under pressure,” Mancini admitted after Saturday’s win.

Mancini will be without Fredy Guarin and Marcelo Brozovic for next Saturday’s derby clash. Both players were cautioned on Saturday and will now serve a one-match suspension.

Next week’s game will prove crucial for both sides as they target a place in Europe — Milan sit three points ahead in eighth spot ahead of Sunday’s late game at home to Sampdoria.

But Mancini, who steered Inter to a 1-1 derby draw on his first game back in charge, said his only concern was victory.

“All we’ll be focusing on now is trying to win the derby, without thinking about the league table,” he said.