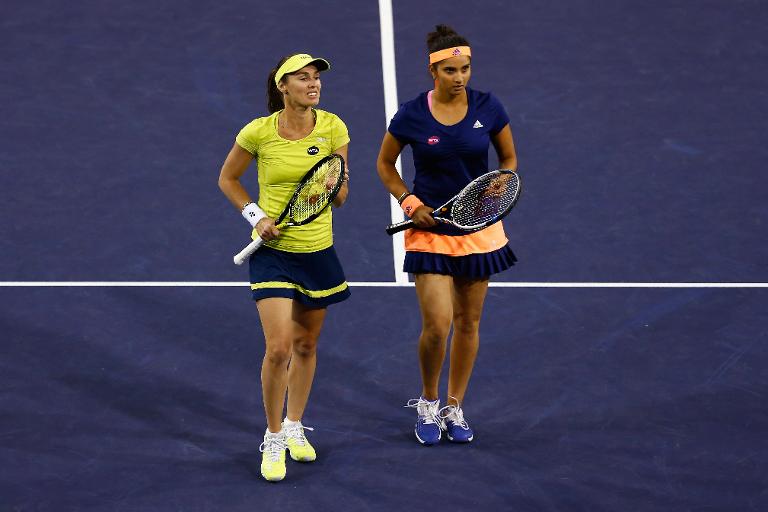 Sania Mirza will become the first Indian woman to claim the number one doubles ranking after nabbing the Charleston title with partner Martina Hingis.

Hingis and Mirza captured their third doubles title in as many tournaments, after triumphs in the Indian Wells and Miami hardcourt events.

The duo hadn’t dropped a set in their two prior tournaments, but they were tested on the green clay courts of Charleston, saving a match point against Anabel Medina Garrigues and Yaroslava Shvedova in the semi-finals.

On Sunday they defeated Casey Dellacqua and Darija Jurak 6-0, 6-4 to lift the trophy.

Mirza becomes the first Indian woman to reach number one in either singles or doubles.

She has won seven WTA doubles titles over the last 12 months – Oeiras, Tokyo and the WTA Finals last year with Zimbabwe’s Cara Black, Sydney this year with American Bethanie Mattek-Sands, and her three titles with Hingis.