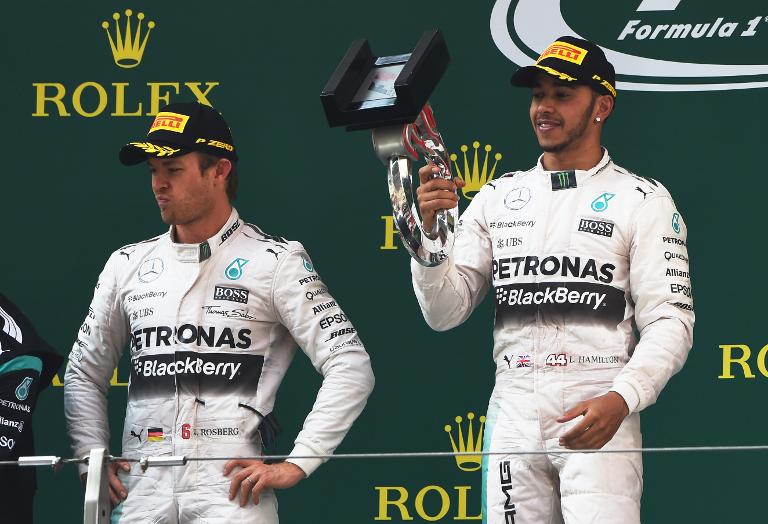 Major moments in the feud between Formula One’s Mercedes drivers Lewis Hamilton and Nico Rosberg, who clashed again at the Chinese Grand Prix on Sunday:

— As teenagers, Hamilton and Rosberg fought out a friendly rivalry when they both drove for Mercedes in the 2000 Formula A karting championship. Hamilton finished ahead of Rosberg at the top of the final standings.

— After reuniting at Mercedes in Formula One, cracks appear last year at Bahrain, where Rosberg complains about an overtaking manoeuvre following Hamilton’s win.

— Sniping turns hostile at the Monaco Grand Prix, where Rosberg secures pole after locking up on his last qualifying lap. The resulting yellow flags prevent a fuming Hamilton from improving on his lap time.

— Rosberg is left equally incensed at the Hungarian Grand Prix after Hamilton ignores team orders to let him past.

— The German is accused of deliberately colliding with Hamilton when he drives into him and punctures a tyre early in the Belgian Grand Prix. He is later disciplined by Mercedes.

— At last month’s Malaysian Grand Prix, Rosberg denies suggestions he deliberately slowed Hamilton by getting in his way in qualifying.

— Rosberg accuses Hamilton of slowing him down and putting him at risk of being overtaken after the Briton leads a Mercedes one-two at the Chinese Grand Prix in Shanghai.