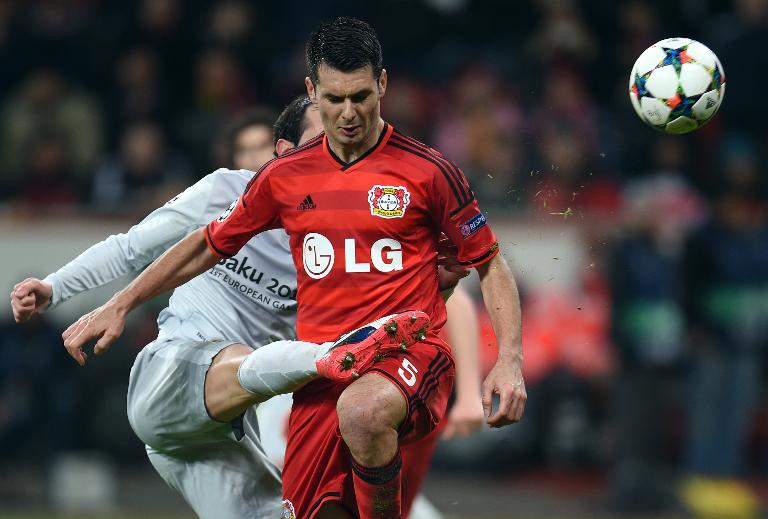 Bosnia defender Emir Spahic will learn on Monday whether Bayer Leverkusen will terminate his contract as he is being investigated by police on suspicion of assaulting a club steward.

“We have had some intensive conversations and we will make our decision known on Monday,” Bayer’s CEO Michael Schade said after the 3-2 league win over Mainz.

Spahic, 34, who is currently injured, is accused of headbutting a steward during a stadium altercation following Bayer’s German Cup quarter-final defeat at home to Bayern Munich last Wednesday after a penalty shoot-out.

Leverkusen are considering terminating his contract, which runs until June 2016, and are co-operating with local police, who are investigating Spahic on suspicion of aggravated assault.

A video of the incident clearly shows Spahic assaulting the steward.

The centre-back has been at Leverkusen for just under two years and has made 49 league appearances, having captained Bosnia and Herzegovina at the 2014 World Cup.

“He still has a contract and there are lawyers dealing with the matter,” Leverkusen’s director of sport Rudi Voeller told Sky Sports.

“He is very sorry for the incident and we mustn’t allow our good recent performances to be ruined. Not by anybody.”

Leverkusen captain Simon Rolfes dedicated their win over Mainz, in which South Korea striker Son Heung-Min scored the opening goal, to the steward and wished him a speedy recovery.