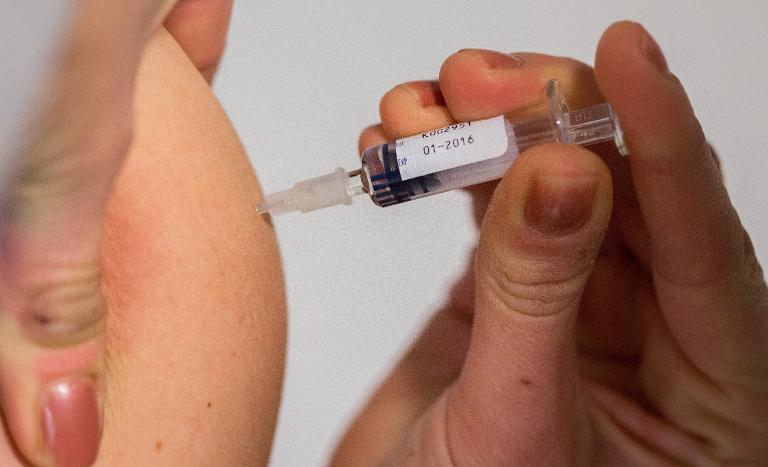 Australian Prime Minister Tony Abbott said Sunday his nation will adopt a “no jab, no pay” policy to block parents who refuse to vaccinate their children from accessing some government benefits.

The policy change comes amid a debate over immunisation for children, with some parents believing vaccines against deadly diseases are dangerous.

The anti-vaccination movement has coincided with the resurgence of measles, a preventable disease, in some European countries as well as in parts of the United States.

“It’s essentially a ‘no jab, no pay’ policy from this government,” Abbott told reporters in Sydney.

Under current Australian laws, parents who have “conscientious objections” about immunisation can claim childcare and welfare payments.

If the measures are passed those parents would be denied the payments — which include childcare rebates, benefits and family tax benefit supplements — reportedly missing out on up to Aus$15,000 (US$11,500) per child annually.

Parents unwilling to vaccinate their children on medical or religious grounds will still be allowed to tap into the benefits, although under tighter eligibility requirements.

Social Services Minister Scott Morrison said there were no mainstream religions that had registered vaccination objections with the government.

The new measures have to be passed by parliament but are supported by the Labor opposition. They are set to come into force at the start of 2016.

Australia has vaccination rates of over 90 per cent for children aged one to five years.

But the government said more than 39,000 children aged under seven were not vaccinated because their parents’ objections — an increase of more than 24,000 children over the past decade.

Abbott said his government was “extremely concerned” about the risks such actions posed to the rest of the population.

“The choice made by families not to immunise their children is not supported by public policy or medical research nor should such action be supported by taxpayers in the form of child care payments,” the Australian leader added in a joint statement with Morrison.

Many people who do not vaccinate their children say they fear a triple vaccine for measles, mumps and rubella is responsible for increasing cases of autism — a theory repeatedly disproven by various studies.

The controversy dates back to the publication of a now debunked article in the Lancet medical journal in 1998.